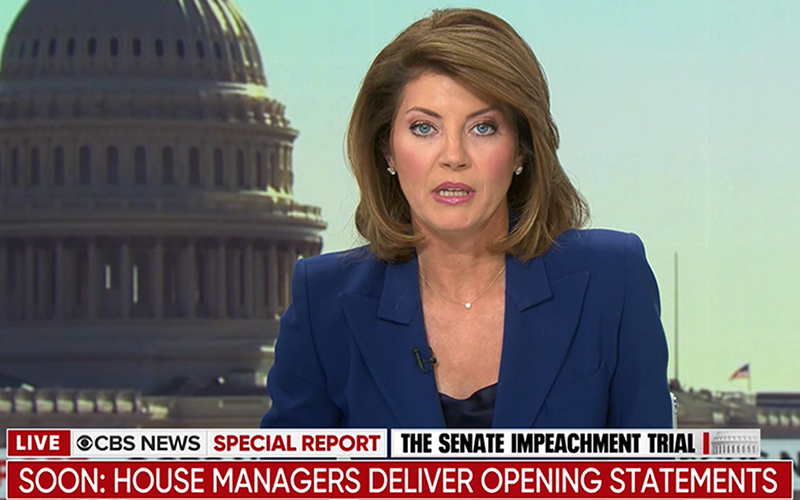 Ratings for the second and third day of impeachment trial coverage are in and it seems viewers are quickly losing interest in what’s happening in Washington D.C. and are more interested in what should be happening in Salem, Port Charles, Genoa City and the great City of Angels (Los Angeles). 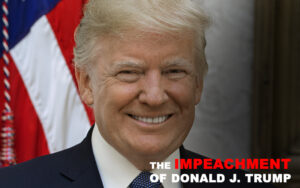 Compared to day one ratings of the impeachment trial proceedings, the broadcast networks are experiencing declines across the board when compared to their regularly scheduled talk shows, soap operas and game shows.

According to TVNewser, on the second day (Wednesday, July 22) of impeachment trial proceedings, MSNBC took the lead in total viewers among all news networks during the 1:00 p.m. to 5:00 p.m. coverage hours with 1.8 million viewers tuned in but had the least amount of viewers watching in the all-important Adults 25-54 sales demo (245,000) used by news networks to sell ads. CBS once again led the broadcast networks in total viewers with 1.5 million viewers, topping both ABC and NBC’s average of 1.3 million viewers (1,294,000 in actuals for ABC and 1,263,000 in actuals for NBC). Meanwhile, NBC beat out both CBS and ABC in the demo with 311,000 viewers to the Tiffany network’s 297,000 viewers and the alphabet’s 284,000 viewers.

On day three (Thursday, January 23) of impeachment trial proceedings, ABC topped all news networks in the demo with 296,000 viewers during the 12:30 p.m. to 3:00 p.m. coverage hours. The network held a slim lead over FOX News, which had 291,000 demo viewers tuned in. The cable news network won the time period in total viewers, however, leading the pack with 1.53 million viewers overall. CBS attracted the second-largest overall audience with 1.5 million viewers. Meanwhile, NBC topped CBS in the demo with 288,000 viewers to CBS’ 281,000 viewers. The peacock network averaged just 1.1 million viewers for its impeachment trial coverage.

With ratings for the fourth day of impeachment trial coverage expected Monday, what we can ascertain thus far is that despite the historic proceedings taking place in Washington D.C. and what the eventual outcome may have on the future of politics in the United States, viewers just want to watch entertainment programming, particularly as the news is more tangible than ever with the advent of social media and coverage also available on unmeasured platforms and networks, particularly non-ad supported PBS and C-Span.

The Networks Interrupt the Soaps

With preemptions taking place from Tuesday, January 21 through Friday, January 24, only NBC’s “Days of our Lives” has officially aired all five days during the upcoming ratings week of January 20-24, 2020 since the soap was provided to affiliates who regularly air the program before impeachment coverage began. As such, full episodes are currently available for viewing via the NBC app, Hulu and other on-demand services. On day one (Tuesday, January 21) of trial proceedings, the ABC and CBS soaps were preempted. The networks also preempted the shows on day two. By day three, CBS aired “The Young and the Restless” before breaking in for impeachment coverage. As such, the full episode was made available on CBS.com and CBS All Access. The same thing occurred on day four (Friday, January 24). “The Bold and the Beautiful” and “General Hospital” last aired originals on Monday, January 20, one day before the impeachment trial began. Both shows have been sharing special video messages on social media of cast members asking viewers to stay tuned for all-new episodes.

#BoldandBeautiful has been preempted today, but what we have coming up for you is worth the wait! pic.twitter.com/TDWEomzbyl

Outside of NBC, it’s hard to determine what ABC and CBS plan to do with their entertainment programs in advance due to the live nature of this historic event. Currently, each network plans to play things by ear with announcements coming mere moments before scheduled episodes get pulled or interrupted in progress. Impeachment trial proceedings are expected to continue well into February.