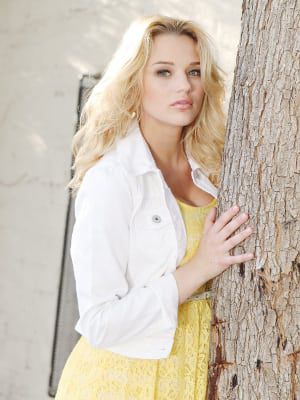 The National Academy of Television Arts & Sciences has been embroiled in controversy ever since it was announced last year that it was rescinding the Daytime Emmy Award for Outstanding Guest Performer in a Digital Drama Series from veteran soap star Patrika Darbo (“Days of our Lives,” “The Bold and the Beautiful”), who had won for her performance as Mickey on “The Bay,” citing violations as the reason. Although the defacto winner would have been Jennifer Bassey for her performance in “Anacostia,” she too was deemed ineligible due to the same violations claims. Several months of threatened boycotts by all four daytime dramas – “The Bold and the Beautiful,” “Days of our Lives,” “General Hospital” and “The Young and the Restless,” and the digital series community – forced numerous rule changes that should have put a halt to all the behind-the-scenes drama that’s more fascinating than what you have been viewing on TV in recent years. That should have been the case.

With the latest controversy over NATAS’ decision not to release the actor submission reels for “The 46th Annual Daytime Emmy Awards,” telling Soap Opera Network last week, “In consideration of requests for confidentiality, consistency, fairness and respect to all parties submitting materials for the 2019 Daytime Emmy(R) Awards, NATAS will not be supplying reels this year to the public,” the organization is again trying to correct course.

Although NATAS initially included the press in their stance on the public release of the reels, the organization has since provided outlets, including Soap Opera Network, with access to the reels just as other awards organizations continue providing to the media.

In an interview with Variety, NATAS president and CEO Adam Sharp broke down the controversy and explained some of the decisions the organization has made since.

“Looking at the original issue that brought up these protests and this investigation last year, where one entrant in the competition had gone on YouTube and pulled the reels of his competitors and, awards manual in hand, scrutinized every second of those reels and found potential violations that our staff in the vetting process and our judges in the judging process had missed; well, he only screened the categories that his show was competing in,” Sharp said.

“So the same way as you wouldn’t want a scenario where, in the middle of a trial all the evidence is put on the courthouse steps and the public can just come up and challenge whatever pieces they want and overrule the jury in the process, we determined that essentially handing these on-air raw submission materials over to competitors in a category would create the potential for abuse and the potential for an unfair imbalance.”

Explaining that it would have been unfair to upload some Emmy reels and not all, Sharp said it was ultimately decided it was a release all online or release nothing situation and that nothing was the best option. He also added, “We simply did not have the production resources to do it for everybody this year. And we don’t have the rights.”

While competitive scrutiny would have been inevitable, Sharp notes that the media might have a better handle of investigating any inconsistencies in what was submitted.

READ: Enter For A Chance To Win The Ultimate Daytime Emmy Awards Experience!

Telling Variety of providing reels to the media, Sharp says, “The press generally can be relied upon to take a more impartial, balanced approach to be looking at the material in equal context.” He further notes, “It’s not the same as making it public where the motivations of the different people accessing that content may not be as consistently impartial as the press are.”

It should be noted, however, that regardless of what was submitted or released online had NATAS not reversed protocol, the winner of “The 46th Annual Daytime Emmy Awards” had already been decided by Academy members who voted during the pre-nomination process. Reels had to be viewed at length by members as they voted for each category. The nominees with the most votes were then whittled down to the top five (or more when including ties) in categories you can read here (all broadcast daytime dramas) and here (all digital daytime dramas). The winner from each category will be announced live on Friday, May 3 during “The 46th Annual Creative Arts Daytime Emmy Awards” and on Sunday, May 5 during “The 46th Annual Daytime Emmy Awards.”

For more from Sharp on the Emmy controversy and comments by Darbo over what’s transpired since her award was taken away, make sure to read the full story at Variety‘s website.