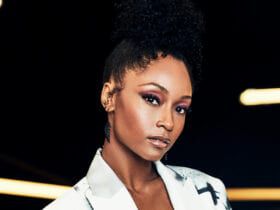 Just over a month since releasing all-new episodes of Marvel’s “Daredevil” to its global audience, Netflix announced late this evening that it has pulled the plug on the series and will not move ahead with future seasons, leaving its third as its last.

“Marvel’s Daredevil will not return for a fourth season on Netflix,” the streamer said in a statement. “We are tremendously proud of the show’s last and final season and although it’s painful for the fans, we feel it best to close this chapter on a high note. We’re thankful to our partners at Marvel, showrunner Erik Oleson, the show’s writers, stellar crew and incredible cast including Charlie Cox as Daredevil himself, and we’re grateful to the fans who have supported the show over the years. While the series on Netflix has ended, the three existing seasons will remain on the service for years to come, while the Daredevil character will live on in future projects for Marvel.”

The cancellation of “Daredevil” continues Netflix’s purge of Marvel product following plans by Marvel’s parent company, Disney, in its release of Disney+ next year. The streaming service is expected to be a major rival to the Netflix’s market share in 2019 with the addition of the 21st Century Fox entertainment properties joining the fold as well. Other Marvel programs recently canceled by Netflix include “Luke Cage” and Iron Fist.”

Marvel’s “Jessica Jones” and “The Punisher” remain the last series still being produced under the massive 2013 deal between Netflix and Marvel that enabled lesser known or not as popular MCU character to segue into their own arcs outside the pages of the comics.