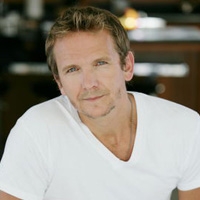 (SoapOperaNetwork.com) — In early January, TVLine.com reported that "General Hospital's" Sebastian Roché would be appearing as a recurring character on "Criminal Minds," now Soap Opera Network has your scoop on who Roché will be playing and when you can get your first look at him on the CBS drama series.

According to sources Roché will make his "Minds" debut beginning with the Wednesday, February 23 episode of the hit series in the role of Clyde Easter. In the episode entitled "Coda," Roché's character joins the BAU team after Emily Prentiss (Paget Brewster) enlists the help of two of her former Interpol colleagues (one played by Roché) for help in hunting down an old nemesis. Roché returns in the Wednesday, March 2 episode entitled "Valhalla," in which there is a series of suspicious murders occurring and Prentiss suspects her old Interpol nemesis of the crimes, making her fear for the safety of her team.

In addition to his "GH" character Jerry Jacks, Roché has appeared in a number of television series including "Fringe" and "Supernatural."