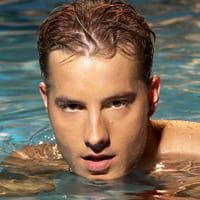 Max Ehrich (ex-Fenmore Baldwin,”The Young and the Restless”) is heading to Lifetime. The actor has been cast in a recurring role in the network’s recently announced 10-episode straight-to-series ordered “American Princess.”

The upcoming series, which begins filming this summer, centers on Amanda (Georgia Flood), an Upper East Side socialite who runs away from her own dream wedding when she realizes that the life she thought she wanted, wasn’t actually right after all. When she stumbles upon a Renaissance Faire, she experiences an unexpected awakening, leading her to leave everything she thought she cared about behind. While at the Faire, Amanda quickly develops new friendships, rivalries and romance that opens her eyes to new beginnings.

Ehrich will play Brett Weinbaum, an Upper East Side Manhattan lawyer who is set to marry protagonist Amanda, before she walks out on him at the altar. Also cast in a recurring role is Lesley Ann Warren as Joanntha, Amanda’s snobby Upper East Side mother from hell. The character is described as a woman with a narcissistic personality disorder, and a massive pill problem who never fails to drunkenly bulldoze every social event she attends.

From Jenji Kohan, Jamie Denbo and Tara Herrmann, “American Princess” is a production of A+E Studios in association with Global Road Entertainment. A premiere date has not been announced.

Ehrich and Warren’s casting was first reported by Deadline.