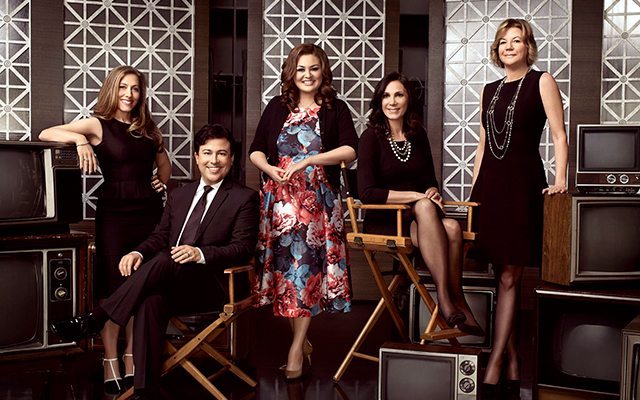 “CBS Daytime is stronger than ever. The Network has been #1 in daytime for a record 30 years, and our lineup of dramas, talk and game shows recently took home an industry-leading 14 Daytime Emmy Awards,” said McDaniel in a statement. “Margot, Ray and Laurie have each made indelible contributions to these shows, and they will continue to help the Network remain television’s favorite daytime destination.”

In her new role, Wain will continue as the current executive on “The Price is Right” and “The Bold and the Beautiful,” while working alongside writers and producers on all day-to-day creative and strategic elements. Wain, who previously served as the current executive on “The Young and the Restless” for more than 30 years, has been associated with “B&B” since its premiere in 1987.

After spending much of her earlier career in Chicago at WBBM-TV, Wain later moved to Los Angeles to work in CBS’ program practices department. She later became Manager of daytime before being promoted to Associate Director, Director and, most recently, Vice President.

With his promotion, Paolantonio will have oversight of “Let’s Make a Deal” and “CBS Dream… Team, It’s Epic!” the Saturday morning young adult E/I programming block. Paolantonio also oversees daytime scheduling. The executive worked his way up from an assistant in drama development in 1999 before moving into the alternative series development department during the first two seasons of “Survivor,” “The Amazing Race” and “Big Brother.” He moved to the daytime division in February 2001 as an assistant before he was promoted to Coordinator, Daytime Programs, in April 2003. Paolantonio was upped to Manager, Daytime Programs in April 2008 and Director in 2013.

Seidman, in her new role, serves as the current executive on “The Talk” and is also responsible for the strategy and management of CBS Daytime’s social media accounts. She joined CBS Entertainment in July 2012 as Director, Daytime Programs.