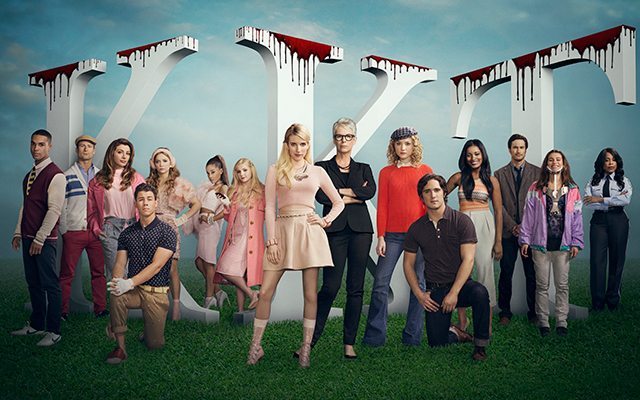 With a vote of confidence for its “Scream Queens,” FOX has ordered a second season of the comedy-horror series, it was announced today during the network’s portion of the 2016 Winter Television Critics Association Press Tour by Gary Newman and Dana Walden, Chairmen and CEOs, Fox Television Group.

After following a group of students in college, season two of the series will graduate from the college campus to an all-new location and another terrifyingly funny murder mystery. This time, the show will be set in a hospital, where some of the most fascinating and bizarre medical cases are under observation. Casting for the new season will be announced at a later date.

Ranked as the season’s most watched new comedy in Adults 18-34 and the most watched series on VOD (video on demand), “Scream Queens” is the most social series by far this season. Across multiple platforms, the series increases by an average of 167% over its Live+SD delivery (7.2 vs. 2.7 million) – the biggest multi-platform percentage gain versus Live+SD ever for a FOX program over the comparable period.

“Scream Queens” was created by Ryan Murphy (“American Horror Story”), Brad Falchuk and Ian Brennan, who also serve as writers and directors on the series. The series is from Ryan Murphy Television and Brad Falchuk Teley-Vision in association with 20th Century Fox Television.