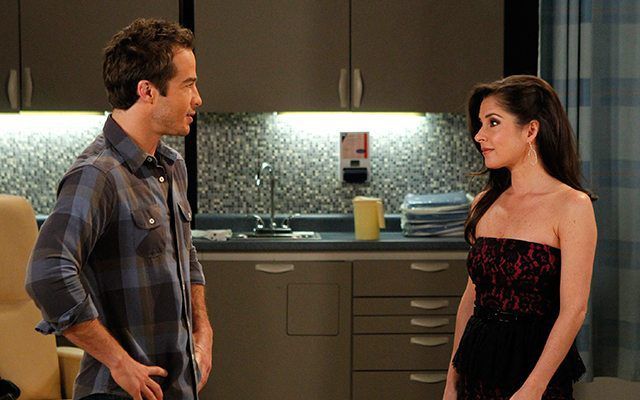 What’s better than one “General Hospital” villain in an upcoming Hulu drama? How about two of them? Constance Towers (ex-Helena Cassadine) is teaming up with James Franco (ex-Franco) in JFK mini-series “11.22.63,” which begins streaming on Hulu beginning Monday, February 15 — Presidents Day.

Based on the bestselling Stephen King novel, Franco stars as modern-day English teacher Jake Epping, who travels through a time portal to the early 1960s. He arrives with a mission: to stop the assassination of President John F. Kennedy. Towers has a prominent role, but her character can’t be revealed, because it would spoil a major plot twist.

The actress did, however, share some tidbits about the project during an interview with TVInsider.com. First and foremost, she shares all her scenes with Franco, who she was quite impressed with and calls a true “professional.”

“He knew exactly what he was doing at all times, had his lines down perfectly…” says Towers. “He was always there when he was needed for those over-the-shoulder shots when the camera is on your costar. A lot of big movie actors aren’t willing to do that, but James was right there for everything.”

Franco knew he and Towers had “GH” in common. “He right away asked me, ‘What is Helena doing now?’ And of course I had to say, ‘She’s dead. Again!’ [Laughs]”

Does Towers really believe her alter ego is dead for good, this time? “There were things said in those final scenes that suggested she may be up to something, and then there were the knowing looks between her and Nikolas,” shares Towers. “Tyler Christopher and I weren’t just ad-libbing those looks. They were in the script. We were actually given that direction. So who can say? Helena is so smart. I can see her taking some sort of serum that would make her appear dead. She’s the queen of antidotes. She has an antidote for everything. So, if they choose to bring her back, it’s certainly all set up for them.”