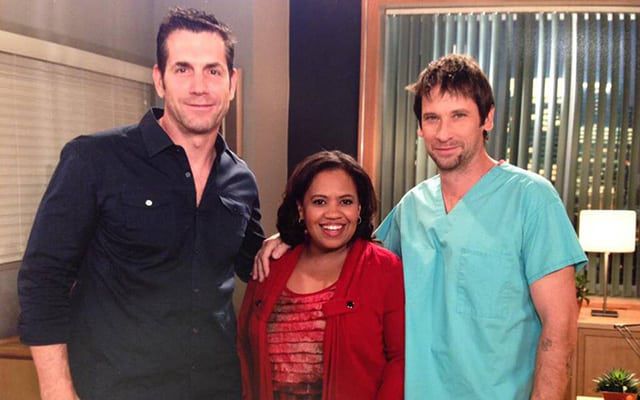 Monday, January 18
Valerie finds herself in a life-threatening situation.
Dante and Jordan piece together clues and come up with a theory.  Sam, Liz and Jason struggle with their circumstances.
Kristina confesses to Sam about her problems at school.

Tuesday, January 19
Valerie puts two and two together.
Johnny is apprehended to the PCPD and balks at the public defender assigned to him.
Andre and Jordan’s mutual admiration continues to grow.
Dante is disappointed when he finds out Lulu’s role in Val’s abduction.
Robert introduces Anna to a familiar face.
Olivia and Mayor Lomax face off over a sensitive and personal issue.

Wednesday, January 20
Nina is inspired by Olivia’s passion.
Olivia is surprised to find support from a former adversary.
Sam offers to help Jason figure out who broke into Liz and Jake’s home.
Liz takes Jake to a psychologist and is not thrilled with his suggestion. Anna, Robert and Andre piece together Carlos and Sabrina’s location.

Thursday, January 21
Liz balks at the idea of having Sam investigate the ominous occurrence at her house.
Sonny offers Morgan a job.
Kiki uses her sway with Ava to help Carly and Sonny.
Hayden is torn by her feelings for Nikolas.
Curtis defies Jordan’s demands.

Friday, January 22
Jason has a significant memory.
Laura encourages Lulu to fight for her marriage.
Dante searches his soul over whether he or not he can forgive Lulu.  Jake’s drawings reveal a very dark and troubled side.
Sonny makes a breakthrough, but keeps it to himself.
Nikolas takes a big step.