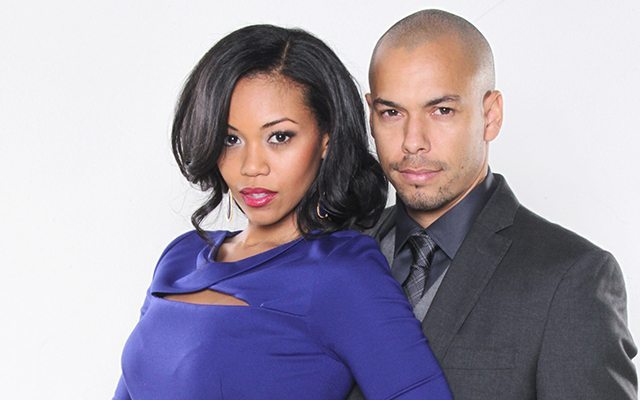 In the current issue of TV Guide, on newsstands now, the magazine examines the four remaining daytime soaps consisting of “The Bold and the Beautiful,” “Days of our Lives,” “General Hospital” and “The Young and the Restless” and how FOX’s “Empire” may have influenced a push for more diversity in 2015 during love in the afternoon.

CBS’ “The Young and the Restless” has long been praised for its inclusion of not just one, two, or even three African Americans among its roster of characters encompassing Genoa City. Currently boasting the likes of Neil Winters (Kristoff St. John) and his daughter, Lily (Christel Khalil), Devon Hamilton (Bryton James) and his wife, Hilary (Mishael Morgan), “Y&R” has interwoven their minority characters within the canvas seamlessly for the betterment of three decades. In fact, the soap also has a growing Latino presence with the additions of Marisa Sierras (Sofia Pernas) and Luca Santori (Miles Gaston Villanueva). Despite that, the soap received a “C” letter grade from TV Guide, which cited the soap for giving its black actors what it calls “insulting material.”

“Neil going psycho, kidnapping Devon’s wife and hiding her comatose body in a fishing shack for weeks was pure soap-opera cheese—of the smelliest variety. ‘Y&R’s’ late, great creator, Bill Bell, used to write stories for the black characters of Genoa City that were riveting, emotion-packed and truly memorable. Why would the network want to tarnish such a legacy?” wrote the magazine.

Speaking of “Y&R’s” creator, William J. Bell, sister soap “The Bold and the Beautiful” actually received the highest grade among daytime dramas from the magazine. With an “A” letter grade, “B&B” was lauded for providing viewers with plenty of drama courtesy of the Avant family led by Maya (Karla Mosley), who was revealed to be a transgender female. Outside of the Avants and their family secrets, it was noted that “B&B” still lacked in Latinos and gay characters on a show set in the Los Angeles fashion scene. Maybe next year?

Receiving a “B+” letter grade, “General Hospital” ended 2015 strong with several black characters spotted in Port Charles including the recently introduced Anthony Montgomery as Andre, the new shrink who might be looking to pursue something with Anna Devane (Finola Hughes), or Jordan Ashford (Vinessa Antoine). There’s also Hayden’s (Rebecca Budig) scheming partner, Curtis (Donnell Turner), and Jordan’s barely seen son, TJ (Tequan Richmond). Unfortunately, the addition of more color may have come at the expense of the soap’s gay scene. “…gay Asian lab tech Brad Cooper (Parry Shen) has all but vanished, along with the soap’s other gay characters. Hmmm…what’s that about, ABC?” ponders TV Guide.

With the addition of Eduardo Hernandez (A. Martinez), and daughter Gabi’s (Camila Banus) early release from prison, Salem saw an uptick in its Hispanic residents on “Days of our Lives,” but it also diminished the appearances of its only Asian character with Paul Narita (Christopher Sean) all but reported missing now that both former lovers Sonny Kiriakis (Freddie Smith) and Will Horton (Guy Wilson) have departed — one from misfortunate opportunities and the other from death. “DAYS” managed a “C+” letter grade overall, however, even with its addition of Lani Price (Sal Stowers) as Abe Carver’s (James Reynolds) long-lost daughter, and the newest officer with the Salem PD.

To recap (in order of letter grade):