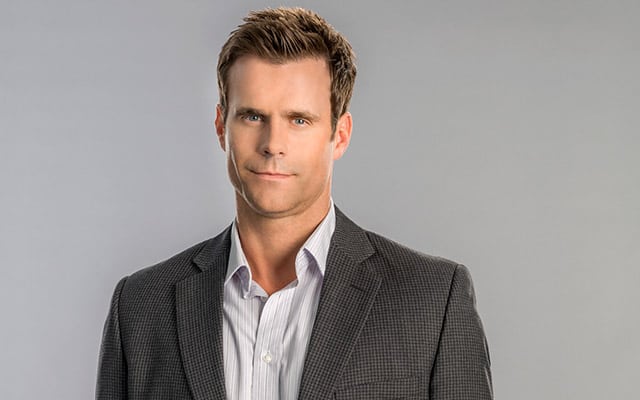 After conducting interviews with several of today’s top talents and filing special assignment reports for the newsmagazine on multiple occassions over the past year, CBS Television Distributions’s “Entertainment Tonight” officially announced today the hiring of “All My Children” alum Cameron Mathison (ex-Ryan Lavery) as its new weekend co-anchor and a full-time correspondent. He will also serve as a fill-in anchor for the weekday telecast, hosted by Nancy O’Dell and Kevin Frazier.

“Cameron is hard working, charismatic, comfortable on set, on the red carpets and in intimate celebrity one-on-ones,” said executive producer Brad Bessey in a statement. “He’s joined us for special assignments throughout the year, and we are thrilled that he is now a permanent member of the ‘Entertainment Tonight’ team.”

READ ALSO: ‘Y&R’s’ Cady McClain Talks Sexual Abuse and Alcoholism At the Hands of Her Father in New Book, ‘Murdering My Youth: A Memoir’

Mathison begins his full-time assignment at the newsmagazine later this month.

Prior to his new position at “ET,” Mathison previously hosted SOAPnet’s “I Wanna Be a Soap Star” from 2004 to 2007, co-hosted the “35th Annual Daytime Emmy Awards” alongside Sherri Shepherd in 2008 and competed on season 5 of ABC’ “Dancing with the Stars.” He’s also been a features correspondent for the network’s “Good Morning America.”