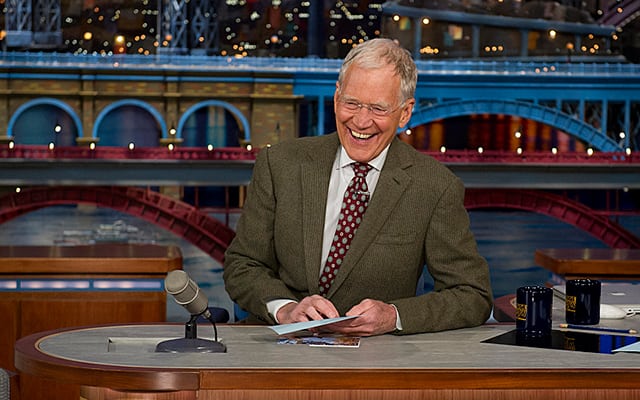 When David Letterman announced his retirement from late night television earlier this year, there were only two things known by year’s end: Letterman would retire in 2015 and he would be succeeded by “The Colbert Report’s” Stephen Colbert. CBS and Worldwide Pants Incorporated, Letterman’s production company, announced today that Letterman will host his final “Late Show” on Wednesday, May 20, 2015.

“David Letterman has given to all of us a remarkable legacy of achievement and creative brilliance that will never be forgotten,” said Leslie Moonves, President and CEO of the CBS Corporation. “It’s going to be tough to say goodbye, but I know we will all cherish the shows leading up to Dave’s final broadcast in May.”

“The Late Show with David Letterman” premiered on August 30,1993. Since then the series has won nine Emmy Awards out of 73 nominations. Prior to joining CBS, Letterman hosted “Late Night with David Letterman” on NBC, which ran 11 ½ years and was honored with five Emmy Awards. When he airs for the final time as a late night host, Letterman will have hosted 6,028 total episodes between “Late Night” and “The Late Show.”

About David Letterman:
Widely credited with redefining the talk show genre, Letterman is one of the most influential, acclaimed and honored personalities in television history. In December 2012, Letterman was an honoree at the prestigious “35th Annual Kennedy Center Honors,” which recognizes recipients for their lifetime contributions to American culture through the performing arts in dance, music, theater, opera, motion pictures and television. In 1992, he received the prestigious George Foster Peabody Award for taking “one of TV’s most conventional and least inventive forms – the talk show – and infusing it with freshness and imagination.” In March 2011, Letterman was awarded the prestigious Johnny Carson Award for Comedic Excellence at Comedy Central’s first annual “The Comedy Awards.” Letterman has also won two American Comedy Awards as Funniest Male Performer in a Television Series, and in 2012, he received the Career Achievement Award from the Television Critics Association.

CBS has not yet announced when “The Late Show with Stephen Colbert” will premiere.