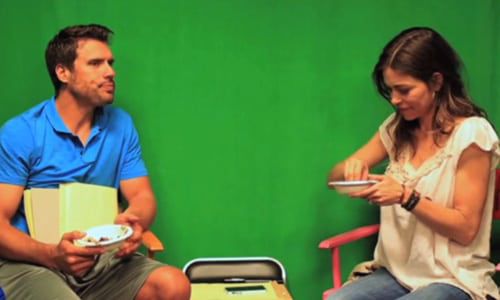 The November Sweeps ratings period is a time where the daytime soaps pull out all the stops to attract new and old viewers with big events, big reveals and big returns. No other soap has all three points nailed down as CBS’ “The Young and the Restless,” which will give viewers another dose of Grace Turner (Jennifer Gareis), now that Mariah (Camryn Grimes) has officially been revealed to be Sharon’s (Sharon Case) daughter, while also giving fans insight into what Sharon’s childhood friend, Amy Wilson (Julianna Morris Polaha), has been up to since last being seen in Genoa City. The soap will also welcome former “M*A*S*H” star Sally Kellerman to the cast in the newly created role of Constance Bingham. To ensure viewers are well versed into the happenings on screen and behind the scenes during this very important month, Soap Opera Network is breaking down who’s coming, who’s going, and when to expect those pesky preemptions we all love (to hate).

As noted above, Jennifer Gareis is returning to “Y&R” after a brief appearance last August that resonated with fans. The actress is set to appear again on Thursday, November 13, which is the same day Sally Kellerman makes her debut as the mysterious Constance. We hear she might be tied to one of the show’s big mysteries with the return of Adam Newman (Justin Hartley) to town. On Friday, November 14, Gerald Downey makes a return visit as Dr. Ramsey. With Julianne Morris Polaha returning as Amy Wilson on Tuesday, November 25, we’re definitely wondering what the character has been up to during her 18-year absence. Hopefully Sharon can handle it!

On Thursday, November 27 (aka: Thanksgiving Day), “Y&R” will be preempted as CBS Sports provides coverage of NFL Football. On Friday, November 28, the daytime drama series will re-air the hilarious “Bachelor Party” themed episode (original airdate: Tuesday, September 30) that found most of the town in the slammer. The episode will air 12:30-1:30 PM, ET and 11:00 AM-12:00 PM, CT and 3:00-4:00 PM, PT as a result of CBS Sports coverage of NCAA Football.