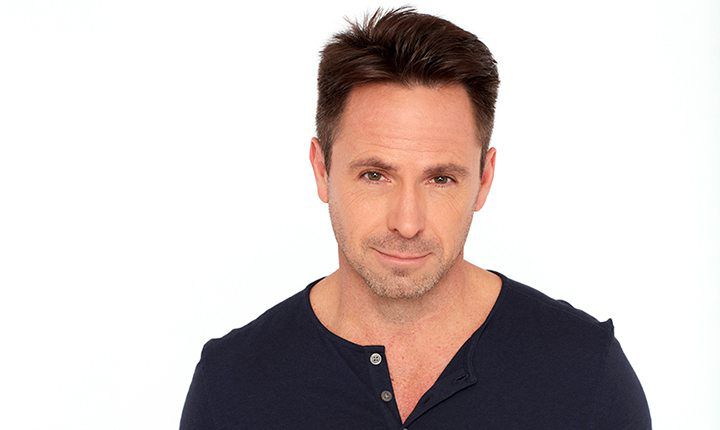 “The Young and the Restless’” Daniel Goddard (Cane Ashby) and Melissa Ordway (Abby Newman) already have quite the dream gig, both being stars of daytime’s most-watched drama series. But the pair was recently given an opportunity of Showcase Showdown proportions: They were asked to participate in “The Price Is Right’s” recent national male model search, for which they not only filmed soap opera scenes with the contestants, but also helped narrow down the final five hotties to the final three that America will have the chance to vote on!

The national search — which began in August with casting calls in Boston, Philadelphia, Los Angeles, Dallas and Spartanburg, South Carolina — was launched to help the popular game show find its next male model, who will be following in the footsteps of the series’ first ever male model, Robert Scott Wilson (Ben Rogers, “Days of our Lives;” ex-Pete Cortlandt, “All My Children”). Over the past couple of weeks, the contestants have participated in a series of challenges to win a one-week spot on the show, all of which have been available for fans to view via a web series that launched in October, and as previously reported, their end challenge will be soap opera related. Lucky for you, Soap Opera Network got an early sneak peek at the action when the final five contestants converged on a transformed set of “The Bold of the Beautiful” to film a soap opera scene with “Y&R’s” Goddard and Ordway!

When we arrived on set at “B&B,” which was dark for the week and had graciously lent their set to the producers of “The Price Is Right,” both Goddard and Ordway were in the thick of their latest challenge: Giving acting tips to the final five guys competing for a spot on the popular game show. All five — who shall remain nameless for now, as the competition is still in progress — then had to act out a scene with Ordway before hearing what both she and Goddard, as well as “TPIR” executive producer Mike Richards and former Miss New York USA Shanna Moaklar, had to say as judges in the competition. From there, the five young men were narrowed down to three, and those results will be announced on “The Talk” on Monday, December 1.

“I’m so nervous for the guys!” Ordway exclaimed to SON, admitting that though helping the entertainment-newbies was a fun challenge, it was also quite nerve-wracking, considering she and Goddard are partially responsible for sending two of the young men home. “I know that they are all nervous as well, so I want to make this the best possible experience for them.”

Though it was tough to have to be the bearer of bad news, Goddard found the process of observing the contestants’ rehearsal scenes and then giving them acting tips to be refreshing. “It’s so interesting, actually, being on the other side of the table; you get to see it for what it is,” he explains. “We’ve auditioned for so many things in the past, not even including when we act, knowing that we’re being judged for that, so we get to sit back, and it’s a learning experience for us, too. You get to see what works, what doesn’t work, and you get to see people who you know have potential with the right amount of coaching or the right amount of constant auditioning to the point where they break down their bad habits or they break down the things that they then can rebuild back up to all the potential that’s in there. I’ve really enjoyed it. It’s been great.”

But was it difficult for the actor to find each contestant’s strengths and faults after watching just a minute of their acting skills? “Well, my dad was a used car valuer, and that job is to find faults in something and then put a price on it, so I grew up with that mindset,” he says. “But I know that’s a not a healthy environment to give someone who’s offering their soul in front of you, so I think it’s about finding the positive, and every one of them had massive amounts of positive that they could offer.”

After working with each “Price Is Right” hopeful, Ordway and Goddard made their list of which men they thought should proceed to the next round and which two should go home. “Ironically, Mel and I both laid out the same people in the same order, and then we looked at each other and were like, ‘Oh, ok,’” Goddard says, adding that the ability of each contestant to stay calm under pressure was a huge deciding factor. “You can’t get bogged down in the technicalities of, ‘I have to cross here, I have to turn the prize at this moment.’ You get a lot of that pressure on the show, so if you can’t deal with the pressure here, dealing with the pressure there is a different thing.”

“I don’t want to see anyone go home, but it is a really good lesson in Hollywood,” adds Ordway. “If you’re really trying to be an actor or a model in LA, you get told no so many times, I mean, every single day. So just be persistent. I hope these guys, whoever goes home today, I just hope that they continue on their journey and they don’t let this deter them.”

As for their thoughts on “The Young and the Restless” taking part in a “The Price Is Right” concept, both agree it’s a genius move. “I love it because CBS Daytime really is one big family, and we all film on the same stages, so we get to know each other,” Ordway shares. “It’s awesome because I know in my life, people turn on the TV at 10, after the morning shows, and they kind of watch all day, so they’re fans of all the shows, and it’s cool to see your favorite person from ‘B&B’ over on ‘Y&R’ and vice versa and on ‘Price.’”

“And I think you can attribute that to [Senior Vice President of CBS Daytime] Angelica [McDaniel], because she really understood from the get-go that this is CBS Daytime,” Goddard interjects. “Before that, it was isolated shows that occurred on the same network. And I think we had the highest ratings for every show at the start of the year, ‘Price Is Right,’ highest in years, ‘Y&R,’ the highest in years, ‘Let’s Make a Deal,’ ‘B&B,’ everybody, because the crossover worked.

“It’s a strong genre, and I don’t think that it’ll disappear,” he continues. “I think the [other] shows disappeared because they weren’t delivering what the audience wants. No matter how you slice the pie, it’s the same amount of people out there, and it doesn’t matter what they watch, all they want to do is be entertained. And if you’re not entertaining them, there is someone that will entertain them, and I think CBS Daytime does an exceptional job entertaining viewers.”

To see Goddard and Ordway’s participation in “The Price Is Right’s” male model contest, check out their special web series episode on Monday, November 24 at www.priceisright.com. Following the web series, the final three contestants will be revealed on the Monday, December 1 episode of CBS Daytime’s “The Talk.” Then, fans will have the opportunity to vote online for their favorite male model at www.priceisright.com. The grand prize winner will be announced on “The Price Is Right” on Monday, Decemeber 8 and begin his week-long modeling gig on Monday, December 15.