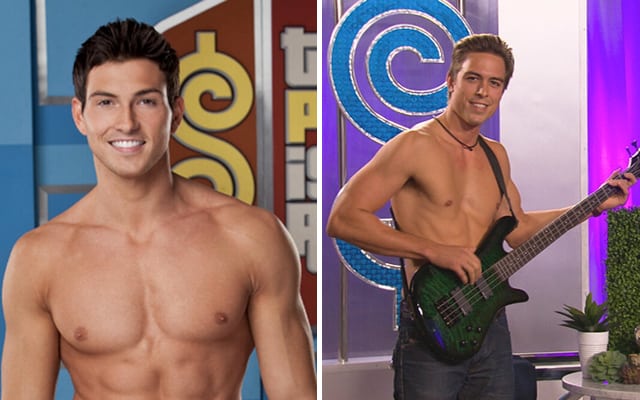 After sorting through hundreds of hopefuls found online and at casting calls in Boston, Philadelphia, Los Angeles, Dallas and Spartanburg, South Carolina, the show asked 30 young men to come on down and compete to win a one-week modeling contract. The kicker: All of the excitement will be shown to fans via a special five-episode, reality-style web elimination series that begins next week!

Described as “going beyond … good looks and a winning six-pack (to gauge) sense of humor, charisma and the ability to think on their feet,” the web series competition will consist of five special episodes that show the 30 contestants competing in a series of challenges which will be judged by Mike Richards (executive producer of “The Price Is Right”), Shanna Moakler (former Miss USA), Robert Scott Wilson (Ben Rogers, “Days of our Lives;” ex-Pete Cortlandt, “All My Children;’ “The Price Is Right’s” first ever male model) and more.

“It’s the second time we’ve done a male model search, but this is the first one that is nation wide,” Richards told Soap Opera Network. “When Rob got his new job, we knew we needed another male model, because it worked so well for our audience. They loved him: There were t-shirts with Rob’s face on it, people asked for him. So we knew we wanted to do it again. But, you know, Rob is going to be a tough act to follow!”

To catch all of the fun, be sure to tune in to “The Price Is Right’s” web series on www.priceisright.com. And soap fans  — you would be wise to pay special attention to the final episode in the challenge, which will be featuring two of CBS Daytime’s popular soap stars! Check out the details and schedule below.

Nationwide Open Call in Los Angeles: Men from around the world come to Los Angeles to audition for the highly coveted spot on THE PRICE IS RIGHT. The hopefuls meet a panel of judges who will decide if they have what it takes to continue to the next stage of competition.

Modeling Tutorial: THE PRICE IS RIGHT’s first-ever male model Rob Wilson returns to go one-on-one with the 30 finalists. He gives the guys a chance to learn the ropes before they show off their skills for the judging panel. 17 finalists are eliminated.

THE INSIDER’s Challenge: The competition turns up the heat when Mike Richards asks THE INSIDER’s Keltie Knight to surprise the men with an intense interview session. Keltie will test their knowledge of THE PRICE IS RIGHT and their ability to charm her while under pressure. Six finalists are eliminated.

Showcase Challenge: The male models must step up their game as veteran THE PRICE IS RIGHT model Rachel Reynolds joins them on the show’s set. She introduces the guys to the most exciting and complicated part of the show: the Showcase round. The guys learn that presenting and modeling a showcase is tougher than it a looks, while the judges must examine who best commands the stage in a nerve-wracking challenge. Two finalists are eliminated.

Soap Scene Challenge: In the final webisode, without any advance preparation, the five remaining hopefuls must cold read a soap scene with some of CBS Daytime’s biggest stars.  Two are eliminated and then it’s America’s turn to decide the winner.

‘Let’s Make a Deal’s’ Popular Twitter Episode Returns; Find Out How You Can Influence the Show!