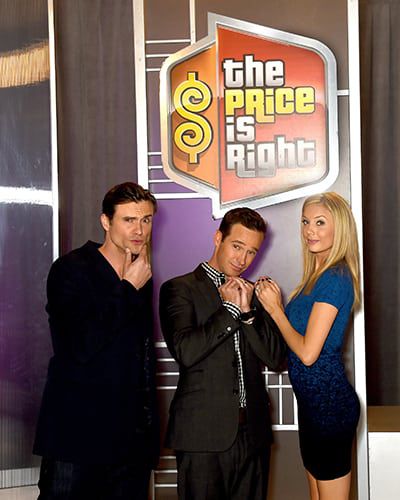 “The Young and the Restless’” <strong>Daniel Goddard</strong> (Cane Ashby) and <strong>Melissa Ordway</strong> (Abby Newman) already have quite the dream gig, both being stars of daytime’s most-watched drama series. But the pair was recently given an opportunity of Showcase Showdown proportions: They were asked to participate in “The Price Is Right’s” recent national male model search, for which they not only filmed soap opera scenes with the contestants, but also helped narrow down the final five hotties to the final three that America will have the chance to vote on!