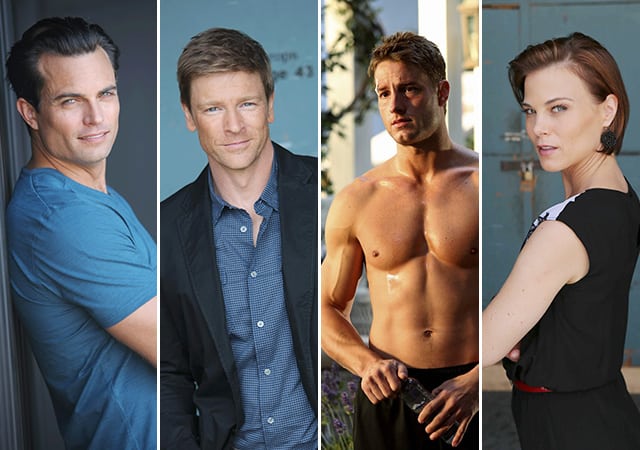 On Friday, October 24, “The Young and the Restless'” newest stars, Scott Elrod (Joe Clark), Justin Hartley (Adam Newman), Burgess Jenkins (Billy Abbott) and Gina Tognoni (Phyllis Summers), will be appearing on CBS’ “The Talk” to discuss their joining daytime’s most watched drama series. The actors are expected to provide some insight into their characters and what life has been like since entering Genoa City.

While Elrod began airing earlier this month, Jenkins in June and Tognoni in August, Hartley is the only newcomer to have yet to hit the CBS airwaves. He first airs as Adam Newman on Wednesday, November 5. To learn what Adam may (or may not) have missed since his “death” in late January, make sure to read Soap Opera Network‘s 10 things countdown.