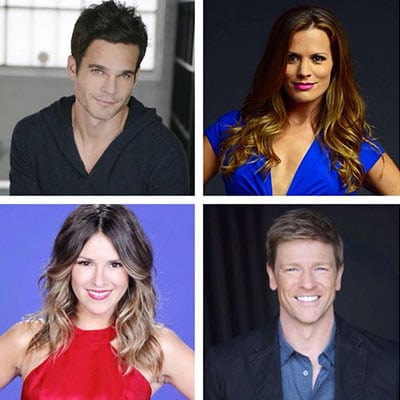 With Elizabeth Hendrickson returning as Chloe Mitchell on today’s episode of “The Young and the Restless” in remembrance of the one year anniversary of the death of her daughter, Delia Abbott, it’s only appropriate that the stars from daytime’s most watched drama series take part in a live tweet during the show to talk about the emotional scenes they filmed and what the storyline has meant for them overall. Hendrickson, Burgess Jenkins (Billy Abbott), Melissa Claire Egan (Chelsea Newman) and Greg Rikaart (Kevin Fisher) plan to do just that!

Using the hashtag #YR and #WelcomeHome, fans of the soap can share in the conversation with the stars during the East Coast broadcast on CBS (12:30 PM ET/9:30 AM PT).