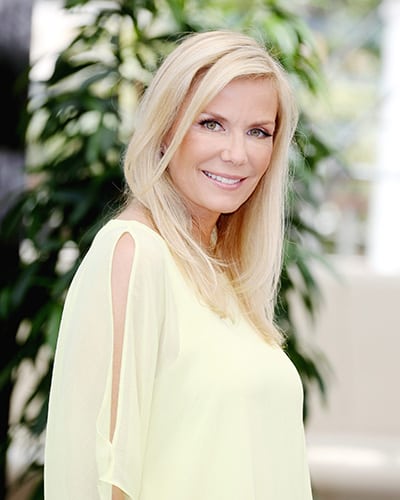 Say goodbye to “The Bold and the Beautiful’s” Katherine Kelly Lang and her alter ego, Brooke, because the actress is leaving the show to take part in the Italian version of “Dancing With the Stars!”

The actress took to Facebook to announce the news that she’ll be competing on “Ballando Con Le Stelle” this season. “My sweetie and I are moving to Italy for the next couple of months,” she reveals. “The first live dance will be October 4th, please tune in and vote!”

As for Brooke’s future, the actress states that she’ll be leaving the canvas for a little while. “Brooke will be heading to the Milan office of Forrester International for some much needed private time and reflection,” she reveals. “Once ‘Ballando Con Le Stelle’ is over, I will be back to work at ‘B&B’ — unless we can get [executive producer/headwriter] Brad [Bell] to come to Italy to do a remote!”

Lang is the second “B&B” star to compete on the Italian version of the reality series: Her former co-star, Ronn Moss (ex-Ridge Forrester), came in second place on the show back in 2010.