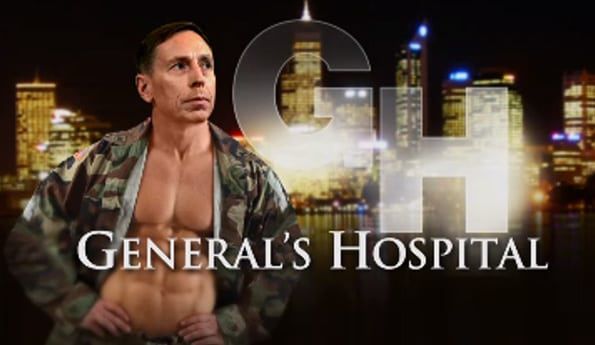 Yesterday, it was announced that veteran soap actor Rick Hearst would be returning to ABC’s “General Hospital” for the first time since 2009 as his character Ric Lansing. Hearst is scheduled to first air on Monday February 24, but isn’t expected to speak until Tuesday, February 25, according to ABC Soaps In Depth. In honor of his grand return, the actor took to Twitter to thank the fans, “GH” executive producer Frank Valentini and head writer Ron Carlivati for making it all happen.

“Great to be back with my @GeneralHospital family! Thanks to @valentinifrank @carlivatiron for helping make this happen!” tweeted Hearst, who added, “And to ALL the FANS that have been so supportive over the years. Much love to you! Get ready for a GREAT RIDE! #RICISBACK!!!”

Shortly after word of his return was announced, Hearst also noted an increase in his Twitter follow count: “Amazing what a little ‘announcement’ will do for your twitter numbers. Up 300 followers in 2 hours. #socialmediarocks #gh #letsgetiton.”

In addition to his “GH” role, Hearst has also starred on CBS’ “The Bold and the Beautiful,” “Guiding Light” and “The Young and the Restless,” and NBC’s “Days of our Lives.”