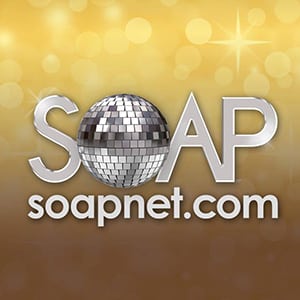 After nearly 14 years on the air, SOAPnet ended its broadcast run at the stroke of midnight with the final 2013 episode of ABC’s “General Hospital” (originally aired on Monday, December 30) taking it out in style.

During its final hour of broadcasting, viewers were treated to endless commercials promoting ABC and ABC Family programming, including “General Hospital,” “Revenge,” “The Chew,” “The Fosters,” “Switched at Birth,” “Pretty Little Liars,” and “Ravenswood.”

For those veiwers looking to tune into the midnight broadcast of “Days of our Lives,” they were treated to a message from their cable and/or satellite provider that read, “Disney discontinued their SOAPnet broadcast. The SOAPnet channel is no longer available from any television provider.”

RELATED: THE FINAL DAYS OF SOAPnet: The Rise and Fall of A Cable Network

In dedication to its loyal viewers, the channel scrolled the below message during its final broadcast days and published it recently on its Facebook page, which currently remains active. SOAPnet.com is now redirecting all traffic to ABC.com’s official “General Hospital” website, which explains the situation for those still unaware.

We at Soap Opera Network would like to take this opportunity to thank SOAPnet for its countless hours of soapy drama goodness, its passion and dedication to the soap opera industry, and its ability to provide a new generation of fans with marathons of classic episodes of “All My Children,” “Another World,” “Days of our Lives,” “General Hospital,” “One Life to Live,” “Port Charles,” “Ryan’s Hope,” and “The Young and the Restless,” among many others. Without SOAPnet, who knows where the soap opera world would be today.

To all those behind the scenes that made it happen, we salute you…we thank you!