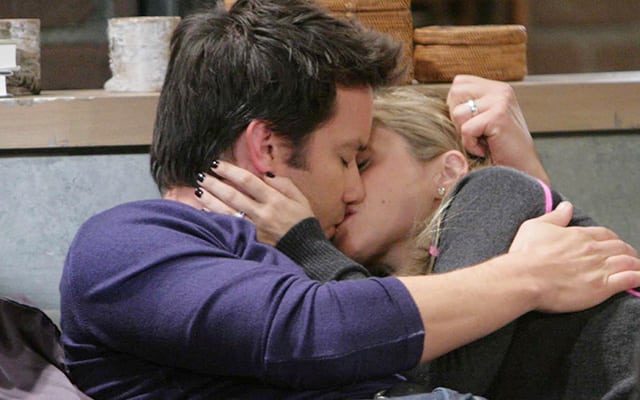 ABC’s “General Hospital” will celebrate romance in style on Valentine’s Day as viewers will be treated to the reconciliation of Dante and Lulu Falconeri (Dominic Zamprogna and Emme Rylan), the potential hookup of Felix and Lucas (Marc Anthony Samuel and Ryan Carnes), an adventure for Nikolas and Britt (Tyler Christopher and Kelly Thiebaud), a turning point in Molly’s relationship with TJ (Haley Pullos and Tequan Richmond) and Ava and Morgan (Maura West and Bryan Craig) spend a secret night of passion together. Of course, what would a night of romance be without the possibility of a paternity test reveal? Liz (Rebecca Herbst) is on a mission to take down Britt!

In this episode breakdown released by ABC, Valentine’s Day begins with the Thursday, February 13 episode and concludes on Monday, February 17:

It’s Valentine’s Day in Port Charles and along with the romantic holiday, there will be joy as well as pain. There is joy for the reconciled Dante & Lulu as well as for Felix, when Lucas accepts his invitation to go out on Valentine’s Day. Britt is delighted when the young Spencer gives her a Valentine and Nikolas tells a curious Britt they’re going on a Valentines mission. But the day brings pain to a suspicious Liz as she awaits Baby Ben’s paternity results. Julian is thrown by Ava’s sneaky actions, and Michael and Kiki end up in a bruising argument. As Valentine’s Day continues, Duke’s attempt to reconcile with Anna over their conflicting work ethics leads to a passionate solution. Things heat up during Molly and TJ’s study-date, but she wants to make their first time together a special moment. After Sonny warns Ava she had better not be double-crossing him, she and Morgan have planned a clandestine evening together. Meanwhile, Britt’s fairy tale romance may be about to crumble into pieces when Liz threatens her. That night, Nikolas has the ultimate Valentine’s Day surprise for Britt, despite the confession she knows she must make. Liz grapples with her feelings for her true love. Meanwhile, as Franco fights for his life, will he wake up and be reunited with the love of his life?