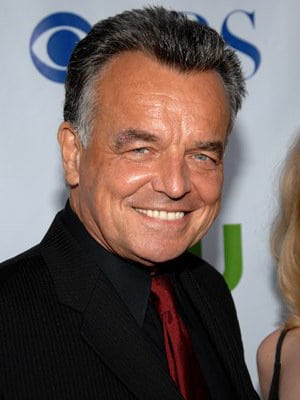 “The Young and the Restless’” Nikki (Melody Thomas Scott) is in for a surprise come 2014 in the form of a very unexpected blast from her past: Ian Ward, the former cult leader she knew back in the 80s, is headed to Genoa City!

A show rep confirms that actor Ray Wise begins taping on Friday, December 13, as Ward, whom Nikki met during her time at New World Commune about 30 years ago. As fans now know, Victor’s wife got pregnant during her stay at the NWC, and the child she gave birth to — yet never saw — is town newbie Dylan McAvoy (Steve Burton).

Wise, who’ll be appearing in multiple episodes and working with several “Y&R” actors, is known for his roles on shows like “Twin Peaks,” “24,” “Mad Men” and “How I Met Your Mother.” Watch for his Genoa City debut on Thursday, January 23.