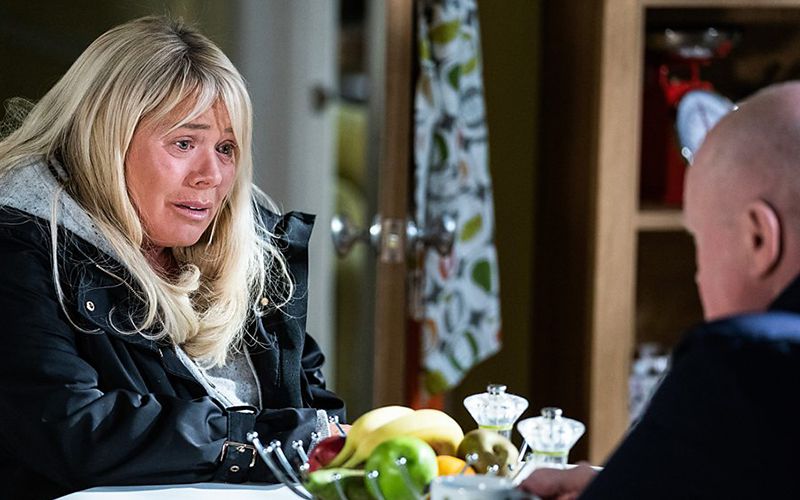 ‘EastEnders’ to Scrap All Storylines and Initiate Post-COVID-19 Reboot: Will American Soaps Do the Same?

Robert Scott Wilson has taken “All My Children” by storm as Opal Cortlandt’s (Jill Larson) son, Pete Cortlandt. So much so, that he’s fast becoming a Pine Valley tycoon even his own father, Palmer, wouldn’t have messed with!

“He’s such a businessman; he loves a challenge, and he loves to… just have that winning attitude,” says Wilson of his alter ego’s go-get-em attitude — a frame of mind that is definitely already starting to get the junior mogul into a lot of trouble. For instance, not only is he chasing after Celia (Jordan Lane Price), a girl who comes with heaps of typical soap baggage, he’s also already struck a deal with the devil — David Hayward (Vincent Irizarry) — a mere few weeks after viewers saw him cruise into town! The latter of which the actor says has created quite a buzz from fans. “They take it so personal,” he says with amusement, adding that it’s been an insanely fun storyline to play. “It’s just crazy to know all of the storylines that took place and how snaky [David] is about everything, and riding that fine line makes it really fun to play, because we’re both trying to get something from each other — but at the same time, we both have our ulterior motives.”

As for Celia, the actor says that Pete chasing after her is a no-brainer: “He kind of finds his goal and he drives right at it, whether it’s business oriented or… girl oriented,” he notes, adding that because of that, Pete will do whatever it takes to keep her safe — even if it means going head to head with her mystery guardian. “I’m going to keep on keeping on, as they say, because I’ve been jumping through hoops for her from the get-go.”

But just what is it about the girl that has him falling head over heels? “I think it just ties into what everybody finds interesting: The mystery of somebody, something that drives our passion to find out more about somebody,” he explains. “Not knowing everything and having something that not all girls have. And I think with Celia, she has so much that’s unknown.”

As for the relationship between Pete and Opal, the actor admits it hasn’t been much of a stretch to play. “I started doing my research, looked up Peter, and it’s just so funny: how he is with his mom is a lot how I am with my mom in real life, so…it’s not too much of an act,” he says. “I get it. I understand being around your mom that you love so much, but being on your phone and trying to handle business”

When it comes to quickly integrating with the show and hitting the ground running, the Massachusetts native says working with veterans like Jill Larson has been immensely helpful. “I’m learning so much every day,” he says. “She has brought it out of me and made me feel more comfortable, just to have an iconic name in the show who just gets it. She’s great. She’s awesome.”

And he’s taking a page out of Larson’s book, along with others’, regarding speaking out about his opinion on the show’s frequency being reduced from four episodes per week to two episodes per week. “I’ve watched Cady McClain (Dixie Martin) and Jill and a number of other people say… pretty much, if we knew how to do it at the beginning, we would have done it at the beginning,” he opines of the production schedule. “They wouldn’t be doing this if it were going to hurt the show… and I don’t want [fans] to think we’re going anywhere, because we’re not, and we have a lot more stories to tell.”

Stories that Wilson says will continue to move at break-neck speed: “Each episode that we have is so meaty in 30 minutes, that if you miss one episode, you’re pretty lost; if you miss two episodes, you don’t even know what just happened.”

Moving at that pace is exciting for the viewer, but it transfers to a ton of work for the actors, which Wilson admits has been the toughest part of joining ‘AMC.’ “Pete has some heavy, heavy days some days, and I’ve learned to study as much as I can, rehearse myself as much as I can and then just kind of let it go,” he says. “[I had to remind myself to] forget the words on the page, just be in the moment.”

So far, whatever he’s doing has worked. Fans can’t seem to get enough of him, and this is only the beginning. “I had no idea,” he raves of soap fans’ passion, adding that the whole experience of joining the show has been thrilling. “When I took the ‘Price Is Right’ [modeling] job, it turned into something so unbelievable, just being a part of that history, and I feel like this is another similar feeling. This is such a historical show, and it’s back on the air, and being able to be a part of it, that’s something nothing else can replace. The history of it really intrigues me, and that’s all I ever wanted to do, is help leave a mark in history. I feel really, really blessed.”