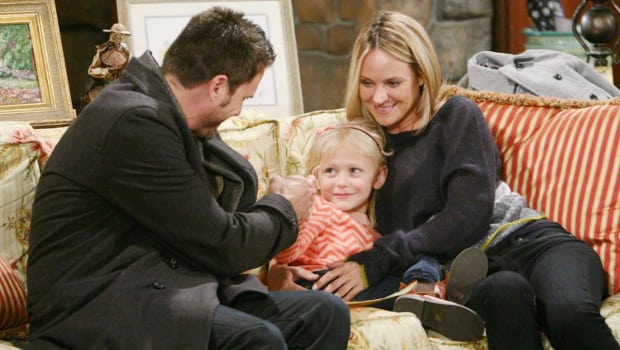 Parenting team Nick (Joshua Morrow) and Sharon Newman (Sharon Case) on “The Young and the Restless” are about to get a little surprise: Their daughter, Faith, is going to be a whole new person!

The little girl’s current portrayer, Alyvia Alyn Lind (pictured top, with Morrow and Case), is reportedly unavailable for an upcoming summer storyline, so the show has replaced her with young actress McKenna Grace (pictured right). A rep for the show confirms that Lind’s final appearance will be on Tuesday, July 2, while Grace’s first appearance in the recurring role as Nick and Sharon’s small wonder will be on Friday, July 12.