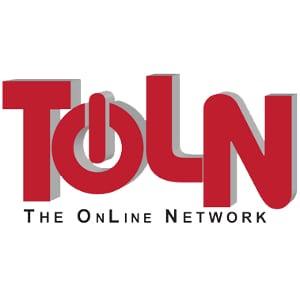 According to a report by Deadline Hollywood, Prospect Park’s The OnLine Network has opted to reduce the yearly episode orders of both “All My Children” and “One Life to Live” from 168 to 110. In addition, new episodes of “AMC” will now be made available on Mondays and Wednesdays, while new episodes of “One Life to Live” will be available on Tuesdays and Thursdays via Hulu, Hulu Plus and iTunes. The “MORE” recap shows will continue to be provided on Fridays. The change goes into effect beginning Monday, May 20.

For close to two years we have been working passionately to bring first run premium content to an online platform with the creation of brand-new versions of the two iconic series, All My Children and One Life To Live. There was no precedent for this effort- we had no history-no barometer for how our fans would respond. We always knew there would quickly be new insights into how audiences would respond to our shows and this new platform, and that our ability to adapt quickly to audience needs would ultimately determine the long-term success of the shows and our mission. This is a new medium, a new time and we have always planned to make changes quickly by listening to you, our fans and customers.

Today it is clear these shows have resonated, as many millions of views have been logged since our April 29th debut, a mere two and a half weeks ago. We’ve consistently been in the top ten shows viewed on Hulu and viewers and critics alike have told us how impressed they are with the quality of both programs. The past two weeks have been invaluable in terms of learning about how you watch and when you watch our shows on this new platform. We have gained enormous insight through our actual viewing data and our research. And our research has revealed the following:

The clear conclusion is that while somewhat mixed, these viewing patterns resemble more closely the typical patterns of online viewing rather than how one would watch traditional television. This leads us to believe we are posting too many episodes and making it far too challenging for viewers to keep up. When it comes to online viewing, most of us are just trying to find time to watch series comprised of 13 to 22 episodes a season-so asking viewers to assign time for over 100 episodes per show is a daunting task.

Therefore, we have chosen to revise our scheduling model beginning this Monday, May 20th by introducing two new episodes from OLTL and AMC each week- new episodes of AMC will now run on Mondays and Wednesdays, and fresh episodes of OLTL will post Tuesdays and Thursdays. MORE, our behind the scenes series, will run as a single show on Fridays. This allows us to introduce a new episode of quality television every Monday through Friday and gives the audience a chance to catch up as we continue to build awareness and excitement around these new shows. Because Hulu agrees with our findings, for the meantime they will keep all of our episodes on Hulu.com for free to give viewers the opportunity to find us and catch up.

We know our most dedicated viewers will be upset as they would probably prefer more shows to less (we personally wish there were more episodes of our favorite shows; we would love 50 episodes a year of Homeland, Mad Men or The Simpsons). We apologize to these viewers and ask them to please understand we are trying to ensure our shows succeed and not meet the fate they experienced previously. We need to devise a model that works for all viewers and follows how they want, and are actually watching, online. When it comes to online, as with all new technology, it’s adapt or fail. We feel fortunate to be an online company and to have such an opportunity to adapt. Of course, we will continue to evaluate all the data that comes in and will be vigilant about revising our strategy as needed.

We want to be clear that this will in no way impact our feverish pace of production – we will be filming new episodes through mid-June, continue editing throughout July and until we go back into production in August. It’s a frenetic schedule but all of us are up for the challenge and excited to continue to deliver great shows.

As a new venture we felt obligated to address the needs of our viewers head on and to make adjustments that we think will work for our viewers. And as always, we thank you for your continued support and encouragement.