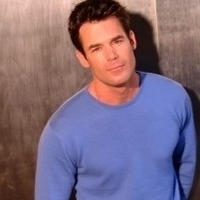 (SoapOperaNetwork.com) — New and familiar faces help welcome in the new year on “One Life to Live.”

Josh Kelly, who was originally tapped to play the role of Joey (which ultimately went to Tom Degnan), debuts as Cutter on Wednesday, December 29,when he gives one lucky Llanview lady a midnight kiss on New Year’s Eve.

Tuc Watkins returns as David Vickers for what seems like the millionth time beginning Tuesday, January 4, when he resorts to drastic measures to get out of his Moroccan jail cell.  Furthermore, look for him to receive some more bad news from his Uncle Clint (Jerry verDorn).

Frankie Faison is back as Richard Evans on Monday, December 27, when Darren (J.J. Singleton) arranges a surprise meeting between he and Destiny (Shenell Edmonds).

Could viewers soon be seeing more of Clint’s right hand man Vimal (Nick Choksi) in the new year?  It appears that way, since Shenaz Treasuryvala has been cast in the recurring role of his wife Rama.  The Indian actress wrote on her Facebook page that Friday, December 10 was “My first day of shoot on the soap for ABC. I had 65 pages of lines, the indian school-book mugging came handy, finally! These guys go fast, one take only, they pack it all in. Was so surreal, there I was, tiny lil bandra girl amongst all these gorgeous blonde barbie and ken people fighting about genetic labs, manipulative girlfriends and cheating husbands. Quite hilarious actually. But fun! So much fun.” Her scenes are expected to begin airing sometime in January.

Author Peter Straub has tweeted some more information concerning his upcoming return to “OLTL” as John McBain’s (Michael Easton) voice of reason Pete Braust, writing that “At last, I believe I’m beginning to make sense of my lines. This is pretty interesting. Pete Braust carries the scenes! Yes, I am a shameless fan and lover of everything that happens in Llanview, PA. I won’t know the air date for a while, but when I do, I’ll tweet it.”

Patrick Allen Cole will be returning as Jeff, the manager at Rodi’s, in the near future.

Robert King shot scenes as another dayplayer character in mid-November.

And “One Life to Live” released casting calls recently for the roles of “Kris,” “Jillian,” “Beth,” and “Brad.”  SON will have more information on each of these as it becomes available.