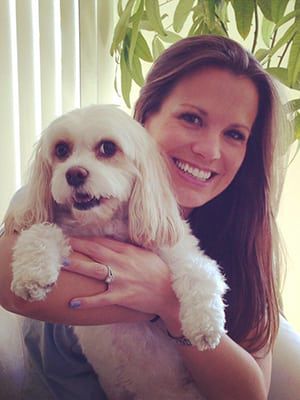 “He’s definitely grown into himself. He’s had a lot of life experience: Went to school in California, dropped out, started his own business. He’s very much still a young, driven, very aggressive entrepreneur, and that is what made me love the character.”

“I can’t say a lot, but just know it’s nothing like you’ve ever seen before. So just watch and be ready for it!”

“I think the writing has been very good. It really has been. I’ve been excited while reading the scripts. It’s great. I’m really happy with the way they’re bringing it all together and where we’re picking it up.”

“Just reading the storylines, even I’m really intrigued, and I’m hoping that we can engage the younger audience, because I think they’ll really love it… Miranda is a good girl with an edge. There are a lot, even for me as I was reading it, a lot of unexpected twists.”

“[I’ve really delved into the] troubles that he’s had, the ups and downs in his life, with his father, and the passing of his wife, and his son and all of those sort of intimate relations that he’s had. That’s what stands out the most, but I’m sure there’s a lot more layers that will be coming.”

“I think we have some stories that are going to engage younger viewers. And that’s very exciting to me. I know that in the past, the show has tried. We had the summer of the ‘90210,’ and they had on eight kids that weren’t related to anybody, and it was kind of a bust. And they sort of tried that in a sort of contrived way before, but I think what we have now is very organic and it’s very really woven into the fabric of the show so… I think people will embrace these situations and these characters quite naturally, because they know the parents, they know the children, they know the family tree and the history and the relationships, which soaps have the luxury of doing better than any other form.”

“If fans are tuning in to see that David has matured and become a much better man, they’ll be sorely disappointed! He’s been out in the world conning people from continent to continent waiting for his friends to gather back in Llanview so he can go back and see his pa and see his little brother and see his best friend Viki and patch things up with Dorian. He’s currently on an ice station in the North Pole.”

“When we left off, Dani was kind of lost. She was young, and she’s always been reacting off all of this craziness in her life, and her daddy issues. So I think she has suppressed a lot and hopefully you’ll see some of that emotion come out that she’s suppressed for a very, very long time.”

“I think he’s still going to be the classic 19-year-old, upper teenager punk getting mixed up in all of the things high schoolers would get mixed up with. He might grow up, but grow up in a bad way.”

“I think she’s a great character and has a lot of story arc. She’s been going through a lot of stuff, and this is obviously a very big life change for her. She’s a mother now. She’s strong, smart, a very strong-willed girl. I’m excited to play her and get to know this character and bring my own take to how I see she is.”