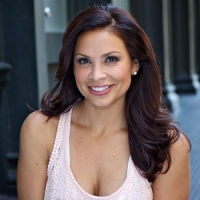 (SoapOperaNetwork.com) — She may not have the star of Kourtney Kardashian or Wendy Williams, but popular New York City radio emcee Carolina Bermudez will have something in common with the reality TV starlet and flamboyant talk show host when she appears on “One Life to Live” next week. On Monday, April 11, the Z100 Radio “Elvis Duran and the Morning Show” co-host will make her first of five appearances as a reporter named Blanca. In 2009, Bermudez appeared on “One Life” as herself when she introduced the Pussycat Dolls to the Llanview High crowd, after the school won a contest to get the girl group to perform at their prom.

Bermudez, who will be apprearing in scenes with several Llanview residents including Destiny Evans (Shenell Edmonds), made the announcement of her “One Life to Live” return live on air during her radio program on April 4. “[I am] so excited to tell you all the news… I will be appearing on ‘One Life To Live,’ she revealed. “My first episode airs April 11th, make sure you tune in!”

Shortly after the announcement, former “OLTL” cast member Brittany Underwood (Langston), who was fired ealier this year, and whose final airdate is set for Tuesday, April 12, called in to congratulate her friend on the good news and wish her well during her time in Llanview.

This is the latest in a series of guest stars to have appeared on “One Life to Live” so far this year. In addition to Bermudez, Karashian, and and Williams, WCVB-TV Boston Reporter Shayna Seymour and Entertainment Weekly “PopWatch” blog editor Abby West have also had minor roles on the show in recent months.

Bermudez isn’t new to soap opera drama. The disc jokey and In Touch Weekly columnist aired her dirty computer laundry in an episode of “The People’s Court” in 2009 when she took her morning show’s executive producer and co-host Skeery Jones to court for damages to her Apple computer. to see how of all the drama that went down, watch the videos below. Question is, was it a publicity stunt or real-life drama playing out on TV?

To learn more about Carolina Bermudez, click here to read her official bio.