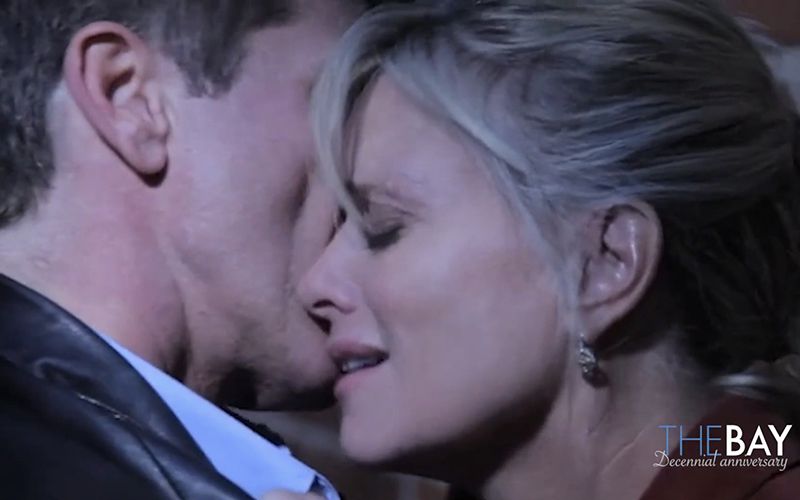 ‘The Bay’ Celebrates 10 Years with “Classic Moments” on IGTV

Those fans who were a little concerned with the news that Prospect Park’s “All My Children” will be racier, edgier and filled with profanity when it debuts on iTunes, Hulu and Hulu Plus on Monday, April 29 may be able to breathe a slight sigh of relief: According to Darnell Williams (Jesse Hubbard) and Debbi Morgan (Angie Hubbard), the risqué language started strong, but has since taken a bit of a backseat!

“We got a little excited with the fact that we were able to have a little more freedom, and then the next… segment, we came back, and they were like, ‘Yeah, we’re going to have to calm you guys down a little bit!’” Williams reveals. “Because we sort of took that F-bomb and ran with it a little more than we should have.”

“[Some actors] might have just thrown it around whenever they could, just because they knew they could,” Morgan adds. “You don’t want it to ever feel that you’re doing it just for the sake of doing it.”

However, outside of a limit on the actors’ initial overuse of profanity, sources tell Soap Opera Network that the edginess of future shows has not been reconsidered nor will the slight pull back on risque language affect production in any way. And Morgan, for one, welcomes the new opportunity for the show to be racier than it was during its ABC days. “I don’t think anything should be totally the way it used to be,” she says. “The world isn’t the way it used to be.”