Prospect Park continues to channel “One Life to Live’s” original title of “Between Heaven and Hell” in a new audition script, which holds true to their desire to make the online version of the show “edgier” and “fresh.”

According to the script, which is for the role of “Michelle,” she surprises a rather nervous “Billy” by showing up at his doorstep. The awkward exchange has a sweet and innocent acting Michelle expressing her remorse over their failed relationship. However, when Billy doesn’t give her the answers she is looking for and explains that they need to spend some time apart from one another, she becomes erratic and warns him that he can’t just “**** me and then **** me” as she torches his expensive car.

“One Life” is also looking to cast some extras as night club patrons. According to a casting call obtained by Soap Opera Network, the show is looking for individuals, both male and female in their early twenties, to play “BEAUTIFUL night club dancer types. Hot, hard bodies. Looking for model good looks. Must be in wonderful physical shape. Must be very attractive. Must be comfortable with improvised movement/dancing. Experienced dancers would be a plus.” A previous casting call also described them as “hip, cool, current, and fashionable.”

Lastly, Felicia Greenfield posted on her Facebook page on March 12 that she had “Just booked a U5 role on ‘One Life to Live.’ Playing a cougar.” 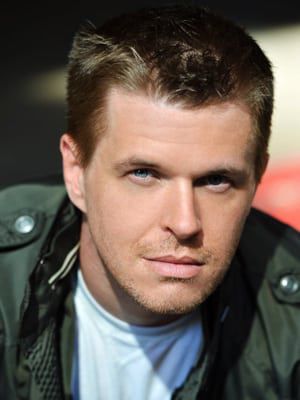 ‘Y&R’s’ Billy Abbott Switcheroo: David Tom Reveals He Had to Audition To Get Role Back!

In an exclusive interview with TV Guide's Michael Logan, "The Young and the Restless'" David Tom reveals that he had to audition for the role of Billy Abbott when the series was looking to recast the character when contract talks between current portrayer Billy Miller and Sony Pictures Television proved to be unsuccessful. This was despite the fact that Tom garnered two Daytime Emmy Award nominations in the category of Outstanding Younger Actor in a Drama Series in 2000 and 2001 (he won in 2000) for his portrayal of the character.

‘All My Children’ Recasting JR Chandler?

Although many had speculated that when a gunshot went off during the series finale of "All My Children" on ABC in September 2011, in a quasi "Dallas" redux where instead of "Who Shot JR?" it was "Who Did JR Shoot?" it appears as though the character of JR Chandler is very much alive and not in jail?!

As we previously reported, several “The Young and the Restless” stars have been appearing on CBS’s popular show, “The Price Is Right,” and a slew of the sudser’s brightest will be dropping in next week for Dream Car Week!