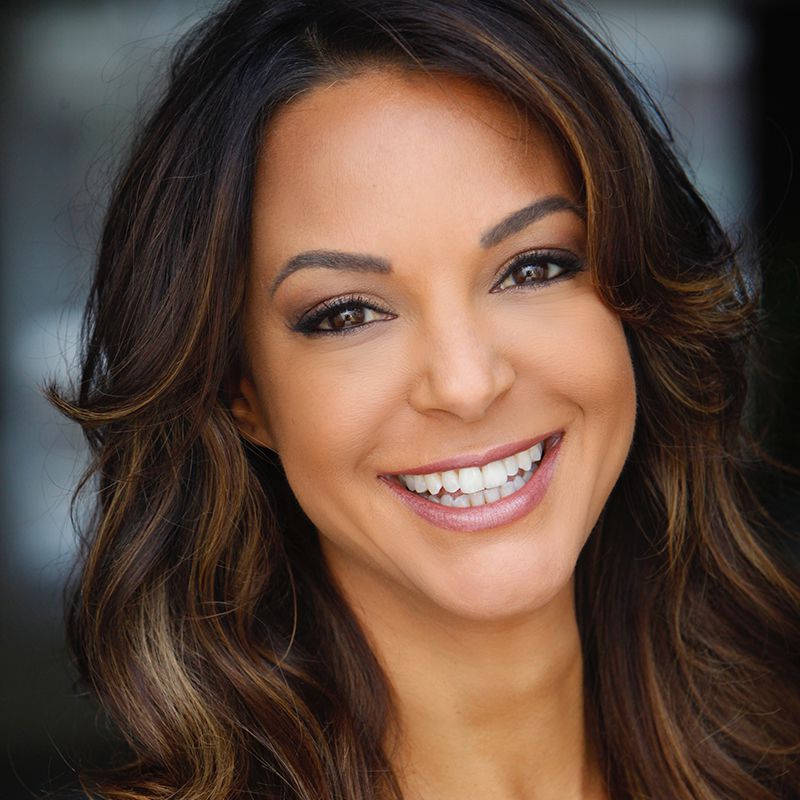 Earlier in the winter it was announced that former “Real Housewives of New Jersey” cast member Dina Manzo has joined the cast of the upcoming online soap opera, “Tainted Dreams.” With drama that can only rival the antics seen on soap operas encompassing the New Jersey edition of the popular Bravo “Real Housewives” franchise, Manzo decided that enough was enough by the close of Season 2 and bid adieu. [Manzo’s siblings, Caroline and Chris, remain regulars on the series.] Following her “Real Housewives” exit, Manzo landed the more easy-going reality series “Dina’s Party” on HGTV. On her impending move to scripted serial drama, Manzo – a long-time “One Life to Live” fan – exclaims to Celebuzz.com that she is “excited to be part of a project centered around the rich, proud heritage of NYC-based daytime drama.”

“Tainted Dreams,” created by “All My Children” Supervising Producer Sonia Blangiardo, primarily follows the drama amongst the behind the scenes personalities at the soap opera within a soap opera, “Painted Dreams.” The noteworthy cast of this drama already includes “AMC” alumni Alicia Minshew (her character, Angelica, will be loosely based on Blangiardo) and Walt Willey , “OLTL” alumni Kassie DePaiva and Anthony Wilkinson (the long time “OLTL” director will play the gay little brother of Manzo’s character, Alessandra) and “As the World Turns” alumni Kelley Menighan Hensley and Marnie Shculenburg. Wrapping up the main cast is Michael Lowry who has starred on all three of the aforementioned dramas as well as CBS’ “The Bold and the Beautiful.”  Blangiardo reveals that “Tainted Dreams” will not stray far from the reality of the backstage environment at most soap operas. In a recent issue of Soap Opera Digest, she describes the series that she has spent well over a year piecing together as the “‘Grey’s Anatomy’ that occurs in a soap studio instead of a hospital … filled with laughter, tears and many relevant social issues, told with much heart.”

As previously reported, it was recently announced that Blangiardo, a two-time Emmy Award recipient, has been tapped as the Supervising Producer of the online relaunch of “AMC.”  Blangiardo started her daytime career as a production assistant on “AMC” in the early 1990s. In 2000 she departed that soap opera as an Associate Producer and joined “OLTL” as a Coordinating Producer where she remained until 2002. She proceeded to serve as a director at “ATWT” until its cancellation – and then returned to “OLTL” as a producer for its final months on ABC Daytime. Prior to her “AMC” return, Blangiardo had recently worked as a director on “General Hospital;” she also directed the off-Broadway hit – written by and starring her good friend Wilkinson – “My Big Gay Italian Wedding.”

Recently on Twitter, Blangiardo assured fans that her commitments to both “AMC” and “Tainted Dreams” would not clash due to the nature of “AMC’s” new production schedule. “Tainted Dreams” is set to begin production in May. Although a distribution deal for the NYC Brand Productions online series had not been finalized as of last update, “Tainted Dreams” is scheduled to debut on July 15, 2013 with the first of twelve episodes that will make up its first season. Visit http://nycbrandproductions.com/projects/tainted-dreams/ to keep up with the latest developments on this project.