With just over one month to go until “One Life to Live” makes its online debut, more storyline details and behind-the-scenes pictures are slowly beginning to emerge.  However, it isn’t only the regular cast and crew that are spilling secrets and posting photos.  Several of the show’s dayplayers and extras have also started talking about their recent set-side experiences.

Isaac Haise Wismecur spent a couple of days last week on the “One Life” set taping scenes as an unknown character.  The actor tweeted on Saturday that he “Had such a great time on the set of One Life to Live! I wish it was more than just 2 days… Well… 2 very long…” and that “OLTL was so much fun!”  It looks as if Wismecur’s two days on the set were long so long that filming lasted into the early morning hours as the actor tweeted, “And that’s a wrap at 3:40am in the morning… Lol.”

He also talks about meeting one of the new stars of “OLTL,” saying “Well I just had a chat with my brother from another mother mister @CorbinBleu [Jeffrey].  The fun has just started!”  That tweet was followed up by this one: “From Corbin Bleu his self ‘The universe is talking to you man! So stay on point you’re on the right track.’ It feels like I’m dreaming!”

Apparently Wismecur made quite a splash with the show’s stars, as “All My Children” and “One Life to Live” casting director Alison Goodman tweeted him to say that “So glad u had fun. They loved u! #OLTL”

Meanwhile, Alicia Henry was on set this week to tape scenes.  On Monday, she made several tweets about the show including: “Like most soap opera characters die and come back to life, as do the actual shows! One Life To Live returns and I booked a role.  Shooting One Life To Live and I discovered a make-your-own veggie juice station! Game over.”

Henry went on to post this picture of her on set, saying that her “prop was a cell phone,” as well as an image of her (unknown) character in a scene with Dorian Lord (Robin Strasser).  It was the latter picture which prompted some fans to speculate that they young, blond-haired Henry was really a recast for Dorian’s niece Starr Manning, whose portrayer Kristen Alderson is said to be remaining on “General Hospital” as a new character.  The actress however was quick to put those rumors to rest, tweeting “Sorry for the confusion but my role was today only. Have gotten the Starr comparison many times. enjoy the ep!”

And Felicia Greenfield, whom Soap Opera Network first told you last week had posted on her Facebook page that she had been cast as as “cougar” in an upcoming episode of “One Life to Live,” has since posted a photo of the call sheet from the script for her episode which includes not only her her name, but the name of several other cast members and dayplayers appearing in scenes that were taped last Thursday. Included in the list are Josh Kelly (Cutter), Laura Harrier (Destiny), Esteban Benito (Diego), Patrick Ortiz (Club Kid), Bret Azar (Bouncer #1), and Shorey Walker (Cougar #2). It would appear that these scenes will likely take place at the Llanview’s new nightclub “Shelter,” which will also be featured in scenes with popular Australian DJs Nervo in an upcoming episode. There have also been several recent casting calls for extras to serve as club dancers and patrons.

In related script news, Kassie DePaiva (Blair) tweeted pictures earlier this month of her first batch of “One Life” scripts which list several of the sets used in the episodes (Téa’s living room and Dorian’s living room with foyer) and as well as a list of minor characters appearing such as coffee shop extras, a barrista, a tattoo artist, and others. One of the scripts also lists a character named “James,” which is likely a code name for a previously unannounced returning character. 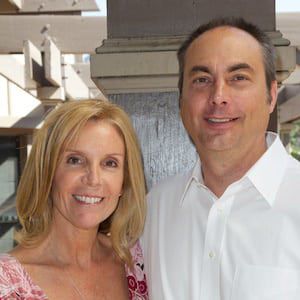 Marlene McPherson Tweets About Ouster from ‘Days of our Lives’

Earlier today Soap Opera Network broke the story that NBC's "Days of our Lives" has decided to end its relationship with co-head writers Marlene McPherson and Darrell Ray Thomas, Jr. The female half of the dynamic team has now spoken out against the decision by revealing that the two weren't given enough of a chance to develop the soap to where they wanted it to go thanks to network interference.