“One Life to Live’s” Matt Walton (ex-Elijah Clark/Elijah Kent) and “Passions” actress Erin Cardillo (ex-Esme Vanderheusen) have come together for a new comedy at the Pasadena Playhouse.

Beginning next month “Under My Skin,” a comedy that finds New York’s most eligible bachelor (Walton) and a single working mother (Cardillo) as they experience all the trials and tribulations of each others lives, hits the stage for a one month engagement (September 11 – October 7, 2012). The story tackles such hot topics as sex, love and healthcare.

“Skin” is written by the award-winning writing/producing team of Robert Sternin and Prudence Fraser, creators of the hit TV comedy series “The Nanny” and “Who’s the Boss?” The show will be directed by Tony Award nominee Marcia Milgrom Dodge (Broadway’s “Ragtime”).

“Under My Skin” heads into previews beginning Tuesday, September 11. Opening Night (currently sold out) is scheduled for Wednesday, September 19. Tickets for the show range from as low as $32 and as high as $100. You can make your purchase online by selecting the most convenient date. The comedy also stars Tim Bagley, Yyvette Cason, Hal Linden, Monette Magrath, Megan Sikora, and Danielle Soibelman.

For a behind the scenes look at the play, presented by its company of actors, watch the video clip below: 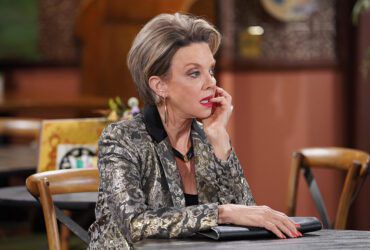