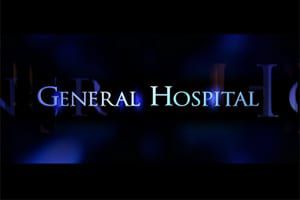 Unless you’ve been living under a rock lately, you’re likely already aware that Greg Vaughan (ex-Lucky Spencer, “General Hospital”) is joining “Days of our Lives” as a recast Eric Brady. What you didn’t know was his first airdate, or his characters new holy profession. Say what?

On Friday, August 10, via Entertainment Weekly, a representative of “DAYS” confirmed that Vaughan had been hired to portray the twin brother of Sami Brady (Alison Sweeney), who was last seen in Salem in July 2000 and was the first love interest of Nicole Walker (Arianne Zucker), which was the basis of Sami’s long standing feud with Nicole. The role was previously portrayed by “Supernatural” star Jensen Ackles.

“He’s been a world photojournalist,” said Vaughan to EW. “He’s just a guy who has a found a new direction in life. He has kind of re-gravitated in a different direction, more so than what the audience expects. The question will most likely be why he has chosen this new direction in life.” The new direction Vaughan is speaking of is likely a quest for all that is holy. On Monday, August 13, Vaughan’s co-star Kristian Alfonso (Hope Brady) tweeted a picture of herself, Vaughan and Eric Martsolf (Brady Black) on set and it looks like Eric has become a priest! Well, thanks a lot Nicole!

Despite Vaughan signing on to play Sweeney’s on-screen twin brother, the two actors began filming the Hallmark Channel original movie “Two In” in late June. The film finds Sweeney portraying a single mother working at a 911 call center who answers an emergency call from a firefighter (Vaughan) in desperate need of help after he broke his leg while fighting a fire. As the two find themselves drawn together due to circumstances beyond their control, they begin to wonder where their mutual attraction will take them. The film is set to have its world premiere on the Hallmark Channel sometime in 2013.

To learn more about where Eric’s been and how he got there, tune in to “Days of our Lives” beginning Tuesday, November 13.