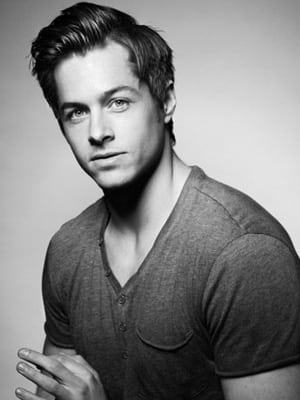 According to The Hollywood Reporter, CBS’ “The Young and the Restless” has cast actor Blake Hood in the contract role of Kyle Jenkins Abbott, the son of Jack Abbott (Peter Bergman) and Diane Jenkins (last played by Maura West). The character left the canvas shortly after  the murder of his mother last year in the soaps yearly whodunit storyline.

In its reporting, The Hollywood Reporter stated “Kyle was originally believed to be the child of Victor Newman (Eric Braeden), but once the truth came out that he was Jack’s son, a custody battle ensued. After the death of his mother, Kyle struggled with anger toward his father and eventually departed for boarding school. It’s unclear which family he’ll return home to when he arrives in Genoa City.” In actuality Kyle and his father left on good terms, but it is likely that the show has changed the storyline around in order to accomodate the SORASing of the character (Soap Opera Rapid Aging Syndrome to soap fans wondering) who is now inline with the age of Abby Newman (Marcy Rylan).

Hood, best known for his portrayal of Mark Driscoll during the second season of the CW’s “90210,” recently appeared in an episode of CBS’ “2 Broke Girls.” The actor has also appeared in ABC’s “Desperate Housewives,” FOX’s “‘Til Death,” and NBC’s “Studio 60 on the Sunset Strip.” In 2010, he appeared as Kennedy Peters-Booth in the box-office hit “Easy A” starring Emma Stone.

Hood is scheduled to mark his “Y&R” debut on Friday, April 27.