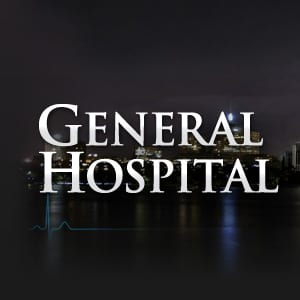 (SoapOperaNetwork.com) — Four stars of “One Life To Live” will be joining the cast of joining “General Hospital.”   It was announced today that the characters of Blair (Kassie DePaiva), Starr (Kristen Alderson), Todd (Roger Howarth), and John (Michael Easton) will move from Llanview to Port-Charles.

ALONG WITH FAN FAVORITES MICHAEL EASTON AND KRISTEN ALDERSON,

Frank Valentini, executive producer of “General Hospital,” announced today that Emmy Award-nominated Kassie DePaiva and Emmy winner Roger Howarth, along with fan favorites Michael Easton and Kristen Alderson, will reprise their “One Life to Live” characters and head to “General Hospital” as part of a new storyline for the multi-Emmy Award-winning daytime drama. Production begins late January 2012 in Los Angeles.

“We have a very exciting story planned for the citizens of Port Charles, with Sonny Corinthos at the center of it! I am confident viewers and fans alike will be excited for the arrival of John (Easton), Starr (Alderson), Blair (DePaiva) and Todd (Howarth),” said Valentini. “Incorporating characters from ‘One Life to Live’ continue the legacy of the show as we weave them into ‘General Hospital.’”

With many television, film and stage credits to her name, DePaiva played the role of beautiful Blair Cramer on “One Life to Live” since December 1993. In addition, she played good-girl Chelsea Reardon on the daytime drama “Guiding Light.” Horwath returned to portray Todd Manning on “One Life to Live” in 2011, a role he originated from a day-player to a compelling long-term character. Performing at many prestigious regional theater centers, he has many theater credits to his name, and in addition appeared in the television series “Prey” and in the primetime teen drama “Dawson’s Creek,” as well as the daytime drama “As the World Turns.”

Easton joined the cast of ABC’s long-running “One Life to Live” in 2003 as John McBain.
A published poet, he also played vampire Caleb Morley on the ABC daytime drama “Port Charles,” among many other television and film credits. As for Alderson, she continuously played the role of Starr Manning on multi award-winning “One Life to Live” since March 1998, the precocious young daughter of Blair Cramer and Todd Manning.

Garnering eight Daytime Emmys in 2011, “General Hospital” airs at 3:00 p.m., ET, 2:00 p.m., PT on the ABC Television Network, and on SOAPnet at 10:00 p.m. ET/PT. Winner of a record-setting 10 Emmys for Outstanding Daytime Drama, the program celebrates 49 years of broadcasting on April 1, 2012, and is the longest-running dramatic serial on ABC, having aired close to 12,500 episodes. The show is produced by Time Square Studios for ABC Daytime.

“General Hospital” was created by Frank and Doris Hursley. Frank Valentini is the executive producer. Mary O’Leary, Mercer Barrows and Michelle Henry are producers. Ron Carlivati is the head writer. Full episodes of “General Hospital” are available on ABC.com immediately following its air on the network for users to watch online.