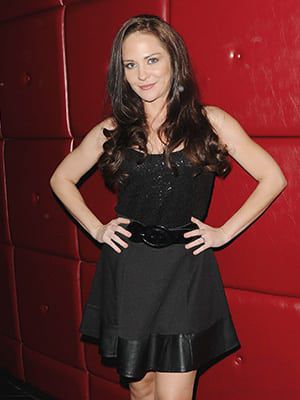 (SoapOperaNetwork.com) — Even though nearly a dozen “One Life to Live” cast members have already signed on to remain with the show when it moves to online production with Prospect Park in the coming months, at least one actress won’t be sticking around to make the transition. Terri Conn (Aubrey/Christine) tells Soap Opera Weekly that “I’m not going to stay.”

In an interview with the actress in the latest edition of the magazine Conn, who joined the cast of “OLTL” in 2010, admits to basing her decision on her age (she is 36), saying “I’ve made the very hard decision because I’m not getting any younger and if I’m going to do it I’ve got to do it now to see if there is anything else out there for me that might have longer longevity. I don’t have any plans to move [to L.A.]; I would prefer to be in New York. The types of shows that are here I’m really excited about.”

Prior to joining “One Life,” Conn played Katie Peretti on “As the World Turns” from 1998-2010. After more than a decade in daytime, she admits her desire for a career change. “That’s the thing about being in a contract on daytime. It’s such an amazing job but there are all these other opportunities that you can’t necessarily do. They will try to get you out, but you are under a contract with them and that’s your first priority. I’ve been tied to a contract for 13-14 years, so I’m excited to get out and try the other stuff.”