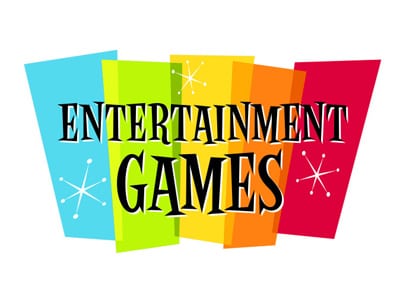 LANGHORNE, Pa. , Sept. 27, 2011 (GLOBE NEWSWIRE) — Casual game developer and publisher Entertainment Games, Inc. (Pink Sheets:EGAM) announced today that Michael Fairman, a leading expert and personality in the field of daytime drama, will join its social game development team. This move is the latest of many key talent acquisitions that support the company’s ambitious new social game portfolio. Fairman will provide creative writing, direction and oversight for the soap opera genre of the upcoming social game series. This will be the first soap opera social game of its kind and is being developed on Entertainment Games’ proprietary Heyday platform.

Michael Fairman brings to Entertainment Games over twenty years experience as an innovator in the soap opera genre. He was a pioneer in online new media as creator and executive producer of SoapCity.com for Sony Pictures Digital Entertainment, which was the first online portal to cover the soaps. Fairman has been a writer/producer for network and cable outlet programming with a focus on daytime drama including E! Entertainment Television, SOAPnet, ABC Daytime, and for several Daytime Emmy® Award telecasts. Most recently, Fairman launched his own website brand Michael Fairman On-Air On-Soaps (www.michaelfairmansoaps.com) which brings daytime fans closer to their stars and their stories daily with breaking news, video and print interviews, podcasts, and special features.

“Michael Fairman brings a critical level of passion, expertise, and creative direction to our new addition in our social game portfolio,” said F.J. Lennon, CCO of Entertainment Games. “We will be combining our game design and development expertise with Michael’s unique story development and scriptwriting abilities to deliver a ground-breaking social gaming experience that both the gaming and soap opera industries will take note of. Along with Michael, we believe our proprietary Heyday platform enables a game design and story telling capacity both unique and ideal for traditional soap opera drama. We are all very excited about the prospects of this exclusive relationship,” added Lennon

Commenting on his new role at Entertainment Games, Michael Fairman commented, “I am excited to be joining the Entertainment Games creative team. I’ve been given the opportunity to create some very original ‘soapy’ content for an innovative new game that will be very fun and engaging for the most dedicated or casual soap fan. While I can’t reveal too much just yet, like any good soap opera, I will leave it as a cliffhanger. Stay tuned!”

Entertainment Games, Inc., headquartered in Langhorne , Pennsylvania , with offices in Woburn , Massachusetts and Montrose , California , develops and publishes casual games for leading social networks, the PC, Nintendo DS and Wii, iPhone, and the Internet. Additional information regarding Entertainment Games, Inc. can be found at http://www.egames.com.