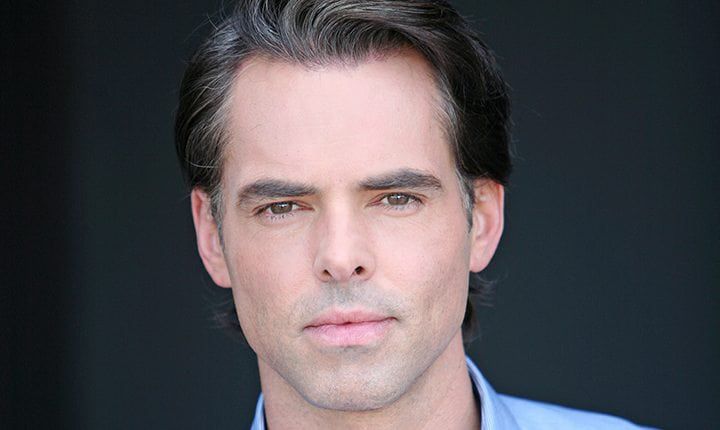 (SoapOperaNetwork.com) — “The Young and the Restless” Episode Recap – Wednesday, August 17, 2011.

Sam went to see Sharon in the jail visitation area. Avery showed up to meet them. Sam told her that it would be hard for her to get anywhere with Adam but thought the best place to start would be with Phyllis, who was keeping tabs on him from the very beginning. Sharon disagreed with that idea, pointing out that Phyllis would do anything to twist things and pretty much couldn’t be trusted. Sam said it was worth a shot.

Phyllis ran into Daniel at Crimson Lights and wished him a happy birthday. It was obvious things were tense between the two of them. She wanted to do something with him but he declined. Lily arrived at that moment and asked Daniel if he was ready to go celebrate. Phyllis wasn’t pleased that the they wre together, and started listing off how it was a bad idea, since she was still married. Lily told her that she was getting a divorce. The two of them left before Phyllis could have anything else to say.

Kevin was at Gloworm with Eden when Gloria spotted them, instantly going into mother mode. She wanted to cheer him up since it was his anniversary of being married to Jana. He told her he was doing just fine. When she mentioned Chloe, he broke the news that they were not together anymore. She tried to play match-maker but a freaked Kevin said he didn’t need anyone in his life. He and Eden quickly exited the restaurant.

Across the way, Cane was on his way out when Jill approached him. She wanted him to sit with her and talk. She admitted that while she was still heartbroken and angry at how he treated her, she missed him. She shared the news about Chance and Billy, on how she was unable to talk to him, and admitted that she missed talking with him. He apologized for what he put her through and promised to not do it to her again. While she admitted she was a fool to trust him again, she would slowly let him back into her life, but if he ever betrayed her, it would be over.

Colin went to see Genevieve. He wanted to know if the two of them could have a truce; he no longer wanted all of their fighting to give people more reason to hate them. Genevieve pointed out that he brought out all of his troubles on himself. As for Colin, he wanted to know if she was going to continue to punish him for Samantha’s death. The two exchanged heated barbs with one another. He snatched her by the arm and the two fell into a heated kiss. When she pulled away and attempted to walk upstairs, he cornered her again, kissing her. The two soon headed upstairs to have sex.

Phyllis was back at Restless Style when one of her co-workers told her about a man coming by to see her. Phyllis assumed that it was Deacon but was wrong when Sam appeared, asking her to come see Sharon with him. She balked at the idea, but went anyway. When she got there, Sharon was less than pleased to see her. While Phyllis admitted that she didn’t believe that Sharon killed anyone, she took her to task on her lack of mothering skills, especially to hook up with Sam and let all believe she was dead. Sam tried to get them back on the actual subject at hand: helping clear her name. When Phyllis got a bit antsy, Sam told her to be patient and wait for Avery, Sharon’s D.A. to come back. Meanwhile, Avery clearly wasn’t in any rush to head back to the jailhouse to meet up to hear what Phyllis had to say.

At Jimmy’s Daniel and Lily were settling in for a quiet time together for her birthday. While she stepped away, Eden and Kevin arrived. Daniel was surprised at how much she’s changed. Kevin felt awful for forgetting his birthday, but Daniel understood. Eden joined them and set up a birthday karaoke party for all of them. They all got ready to set up things when Lily got a call. The nanny called to ask about Maddie’s blanket and Lily headed out to go give it to her. While she was on her way, Cane, who was in the park, spotted the nanny with Maddie and Charlie. He started to talk to them and bond with them, telling them how much he missed the two of them. It was at that moment Lily showed up, wanting to know why he was there with the kids. Back at Jimmy’s, after singing some karaoke, Daniel started to wonder where Lily was, unaware that she was detained dealing with Cane.

Colin showed up at Gloworm and wanted to know how Jill was doing. She commented that he just missed his son. Colin quipped how it was nice that she was making amends with Cane and wondered if she would ever feel the same way about him. Jill told him that wasn’t going to happen. Colin continued to profess how much he loved her and in an attempt to prove it, called Genevieve to tell her that he was divorcing her. After getting off the phone with him, Genevieve, who was at the house, went into a fit of rage, destroying the house.