(SoapOperaNetwork.com) — A look at what’s happening on “The Young and the Restless” during the week of August 29, 2011.

Nick and Ashley go on an investigation spree by snooping in Adam’s room, on Monday, August 29. Tucker turns Devon’s request down when he asks for a job on Tuesday, August 30. Things get tense when Jack offers Genevieve the same job that Katherine has offered to Jill. News comes to Neil and Malcolm when it pertains to Sofia’s baby. On Friday, September 2, Katherine learns the identity of Tucker’s son, and little Delia has to be rushed to the hospital when she falls ill.

The Inside Story: Lily and Daniel’s Closeness Causes Dismay for Cane
Lily and Daniel discuss taking things slow in their newly developed relationship. Abby runs into Cane and she immediately points the blame on him for the break-up of his marriage: if he hadn’t hurt Lily, then she wouldn’t be making a move toward Daniel. Both of them later witness their exes in a serious lip lock with one another. Cane is broken-hearted at the scene, while Abby hurls nasty words in Lily’s direction. A heated Abby huffs off, with Daniel close behind to talk to her. When Cane questions if Lily is now dating Daniel, Lily doesn’t share anything with him, but wants to know why he’s holding off on signing the divorce papers. She is determined to end their marriage so she can move on with her life. Later on, Cane surprises Lily when he shows up with the signed divorce papers. He tells her that he plans on leaving Genoa City to head back to Australia. Lily begins to worry about how it will be for the twins with Cane no longer there. When Daniel pays Lily a visit, he begins to worry about things between them. Meanwhile, Cane tells Genevieve and Colin about going back home; he also thinks that they should join in and go back. Genevieve and Colin put two and two together and realize that Cane wants them with him in Australia in order to keep them away from Lily and the twins. Jill learns of Cane’s decision and is slightly shaken.

A Closer Look: The Truth about Avery and Phyllis Comes to Light
Avery meets with Sharon at the jail, where she shares the news that Phyllis is her sister. Sharon becomes leery and wonders if she can be trusted. Avery assures her that nothing will come between her trying to prove her innocence. In the meantime, Phyllis drops the bombshell to Michael that Avery is her sister. Michael is stunned that she kept her past in the dark for so long, let alone from him. He thinks he should take steps to remedy her fragile relationship with Avery but Phyllis refuses. When Avery requests for her to come see her, it bothers Phyllis. Once she arrives, Avery angers her when she wants to deposition her in preparation for Sharon’s trial. Phyllis is faced with a decision: tell Nick the truth or keep it from him. 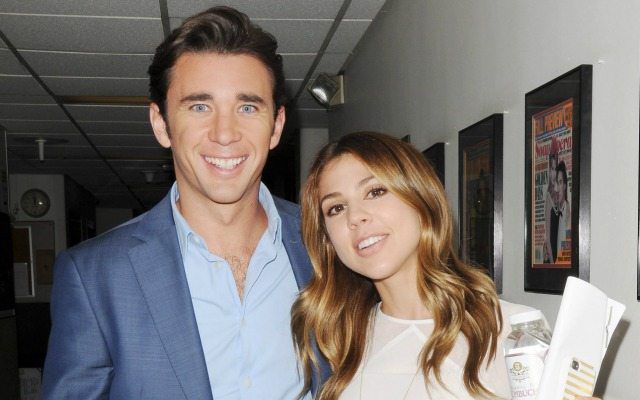