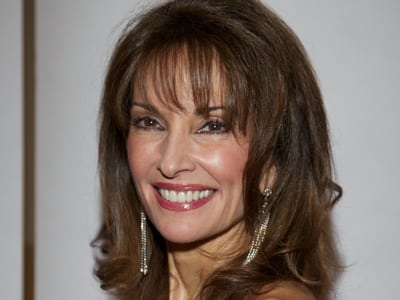 (SoapOperaNetwork.com) — Susan Lucci has taken to Twitter by announcing that she is heading into her final week of taping at ABC’s “All My Children,” although she doesn’t make it clear whether or not she will be moving on to the Prospect Park version of the soap when it debuts in January 2012.

Heading towards my last week of All My Children..very emotional time yet excited to see David Canary & Julia Barr again! – Susan Lucci

Wednesday, August 31 is the last day that cast and crew of “All My Children” will be employed by the network, leaving Prospect Park to sign deals with the soon-to-be unemployed talent in order to properly re-launch the show in the coming months. There is no official word on who is staying, although we already know that Debbi Morgan (Angie Hubbard) and Jacob Young (JR Chandler) will not be part of the soap when Prospect Park takes over as each are heading to “The Young and the Restless” and “The Bold and the Beautiful,” respectively.