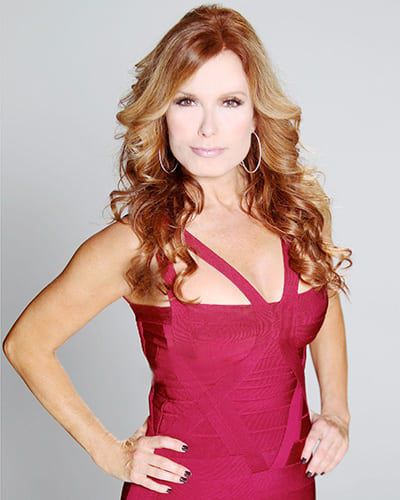 Tracey E. Bregman To Be Honored by Ride of Fame

As Soap Opera Network recently reported, SOAPnet will be saying a special goodbye to the41- year network run of “All My Children” on the weekend before the daytime drama’s last episode is scheduled to air (Friday, September 23). Today, SOAPnet released the episodes they will use for the 2-day marathon.

The “I Love Lucci” marathon airs on Saturday, September 17. The following is a list of the episodes scheduled to air:

8:00 PM EST: Erica gives a shocking speech when she accepts the “Media Woman of the Year” award while high on pills. Kelsey thinks she’s going into labor after Lamaze class with Edmund. Janet panics when she learns Amanda has pneumonia. (OAD: January 19, 1996)

9:00 PM EST: Erica’s in denial when Bianca announces she’s gay. Ryan and Gillian spend a special Christmas together. Mateo is upset when Hayley wants to turn herself into the police for killing her mother. Tad and Dixie celebrate the holiday together despite Leslie’s efforts. (OAD: December 22, 2000)

10:00 PM EST: It’s a Christmas miracle when, after Erica implores her to come out of her coma, Bianca opens her eyes and Erica reunites her with baby Miranda. Plus, JR is furious with Adam for the loss of Bess and tells him he’s no longer his father. (OAD: December 27, 2004)

The “All My Children: Last Chance for Romance” marathon airs Sunday, September 18. The following is a list of the episodes scheduled to air:

5:00 PM EST: Cliff and Nina are married in a fairy tale wedding. Plus, pregnant with Cliff’s baby, Sybil is not happy about his marriage to Nina. Tom and Erica fight when she has to attend a business dinner on their anniversary. (OAD: September 3, 1980)

6:00 PM EST: Jenny and Greg are married in front of family and friends, Palmer discovers the truth of why the Chandlers have come to Pine Valley, and Adam sets his sights on Erica. (OAD: February 14, 1984)

7:00 PM EST: Tad and Dixie are joyfully reunited when Tad finally convinces Dixie he’s alive and on the other side of the door. Hayley and Charlie find Brian and Junior on the run. Opal and Palmer are reunited with Junior. (OAD: March 4, 1993)

8:00 PM EST: Ryan and Gillian share a romantic wedding filled with surprises. Leo and Greenlee have a last minute change in plans when he remembers he has the wedding rings. On the witness stand, David admits his guilt about the drugs to Dixie. (OAD: April 9, 2001)

9:00 PM EST: Leo and Greenlee are married in an intimate wedding in the boathouse. Anna and David debate whether to tell Greenlee that her father’s been shot. Tad and Brooke try to find Maria. (OAD: July 15, 2002)

10:00 PM EST: Romance is in the air as Zach and Kendall prepare to divorce in the Caribbean. Plus, JR tries to warn Jamie about Amanda. Babe visits Josh at work and Erica kicks her out of her studio. (OAD: December 15, 2005)

11:00 PM EST: A stunned Angie and Jesse share an emotional reunion at the train station. Erica is arrested at the fashion show she’s hosting. Greenlee tells Aidan that Kendall may be pregnant. (OAD: February 18, 2008)

SOAPnet will also begin airing classic episodes of “AMC,” “One Life to Live” and “General Hospital” on Monday, September 26 to fill the hole that removing new episodes of “AMC” from ABC will place in the SOAPnet schedule. When questioned on the matter, SOAPnet revealed that the classic airings will consist of episodes from the last five years.