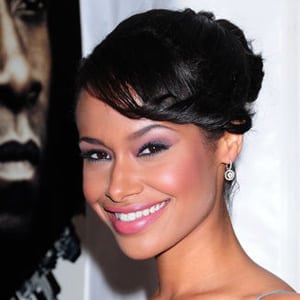 (SoapOperaNetwork.com ) — Esta TerBlanche and Shannon Kane will both return to “All My Children” later this summer. Kane, a rising film star, will reprise the role of Jesse Hubbard’s (Darnell Williams) daughter, Det. Natalia Fowler, beginning on Friday, August 26. 38-year old South African beauty, TerBlanche reprises the role of the love of Ryan Lavery’s (Cameron Mathison) life Princess Gillian Andrassy beginning on a date yet to be announced by the ABC soap.

TerBlanche appeared as Gillian on “AMC” from 1997 to 2001. In June 2001, after being shot dead, Ryan agreed to donate Gillian’s heart to Brooke English’s (Julia Barr) adopted daughter, Laura. Fans may remember Dr. David Hayward (Vincent Irizarry) was the physician that took care of that medical emergency. Hayward is currently in the middle of resurrecting many of Pine Valley’s deceased characters through what we assume is the most incredible medical science breakthrough ever; is Ryan’s princess next? Stay Tuned. Kane debuted on “AMC” in October 2008 as the beautiful daughter Jesse conceived while on the run for close to twenty years, Natalia. Kane, who has appeared in Richard Gere’s “Brooklyn’s Finest” and Tyler Perry’s “Diary of a Tired Black Man” and “Madea’s Big Happy Family,” parted ways with “AMC” in February 2011. Natalia has visited her family and her long-distance boyfriend Brot Monroe (J.R. Martinez) just once since leaving the Pine Valley Police Department for the Philidelphia Police Department. Stay Tuned to find out where Natalia’s relationships will pick up from when she returns later this summer.

According to a show spokesperson, TerBlanche will be back for a handful of episodes. It’s expected that Kane will appear in as many episodes. TerBlanche and Kane’s upcoming appearances bring the total of returning actors to “AMC” since word of cancellation in April to a whopping seventeen. The pair join Cady McClain (Dixie), Thorsten Kaye (Zach), Eva LaRue (Maria), Josh Duhamel (Leo), Leven Rambin (Lily), Carol Burnett (Verla), Kate Collins (Janet), Melissa Claire Egan (Annie), Jennifer Bassey (Marian), David Canary (Adam), Julia Barr(Brooke), Ray MacDonnell (Joe), Lee Meriwether (Ruth), Alexa Havins (Babe) and Justin Burening (Jamie). As previously reported, McClain and Kaye’s returns are extended. Collins, Canary and Barr will each air in anywhere up to ten episodes each. Everybody else will air in up to handful of episodes each before “AMC” last airs on ABC on Friday, September 23.