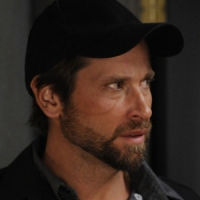 Bo probes Rex’s reasons for trading Gigi’s heart for Clint’s assets. Rex reveals his anger at everyone who covered up for Jack. Bo tries to get him to open up, but Rex shuts down and kicks Bo out. Rex, alone, allows his grief to surface.

Natalie presses Brody about the tape recorder and John joins in. Brody gets defensive, which makes John suspicious.

When Baz finds Starr looking at an old photo of herself and Todd, he questions her. She explains about Todd’s plastic surgery. He probes further and she reveals that she’s troubled about Sam’s imaginary friend who has “a line on his face.”

Blair walks in on Dorian evicting David. When Dorian tells her what’s happened, she mentions the dead body found by the pool. Blair connects this to Sam and vows to talk to him about it. Viki and Todd try to figure out who broke the photo of him. David interrupts, blaming Viki for his problems with Dorian. Viki promises to help him find out who set him up.