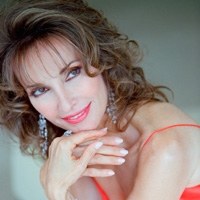 After breaking from their kiss, Jack tells Krystal he wants to take things slow. Caleb shows up and informs the two that Spike had the phone when Erica called and she may be in trouble. Everyone starts searching the penthouse for clues and Jackson realizes the secret phone is gone. Jack apologizes to Krystal for what almost happened and says right now the most important thing is finding Erica. After watching Erica’s ransom video Jackson calls out to Caleb and Bianca. The captor reprimands Erica for making the call. When Erica tries to escape she comes face to face with her captor.

Madison confronts Greenlee about her deal with Scott and Greenlee reassures her that Scott’s feelings are genuine but Madison isn’t so sure she can believe anything Greenlee says. Right then Madison is hit with stomach pains and after calling 911 Greenlee calls Ryan and Scott. At the hospital the doctor plans to try and slow things down; when Scott walks into the room Madison tells him to get out. David tells Scott and Ryan that he told Madison about Scott’s deal with Greenlee. Ryan holds Scott back from hitting David. Liza realizes that David still wants Greenlee and implies they must part ways.