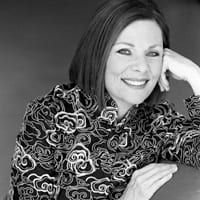 Todd with John and Téa with Blair continue to dig through a barrier of debris. Blair is able to make her way through the debris to find Todd and John. Soon after, Todd comes face to face with Téa.

Natalie keeps hope alive that they will find John.

Cole mourns for Starr and Hope, whom he believes have died. Marty calls Cole and tells him that Starr and Hope were not in the warehouse. Brody books Marty for the murder of Eli Clarke. Natalie performs a forensics tests on the gun and finds Cole’s fingerprints.

Hannah leads James, Starr and Hope into the cemetery at gunpoint. She gives James and Starr shovels and tells them to dig their own graves.

Ford learns he has internal injuries from the beating.

Nora learns that Danielle is okay and that Téa is alive.

Langston goes to Cole’s house and tells him that she thinks Hannah has Starr.