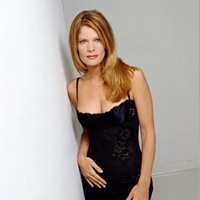 Adam and Phyllis become frustrated with one another due to the fact that they still can't find any dirt on Koa. The two of them continue to bicker when Phyllis rolls the dice again. The two of them realize that Koa has loaded dice to cheat his way into winning any game. As for Sharon, she gets a visit from her mother, Doris. Doris is upset at how Sharon let this happen to herself. She belittles her for taking up with the likes of Adam, especially over her own children. Doris tells her that she can no longer stand by her side and walks away.

Michael gives Lauren and Kevin the news that Daniel and he caught up and found Daisy, only for Daniel to let her escape. Michael and Kevin come down on Daniel for his actions, causing him to leave. Lauren tells Michael he could have been a bit more understanding to Daniel's feelings.

Jill and Colin talk about paying a visit to Lily. Across from their table, Lily and the family gather to do a little surprise birthday celebration for Sophia. Olivia starts to catch up with the goings on with the family when Sophia and Malcolm arrive. Neil watches on uncomfortably Sophia and Malcolm's lovey-dovey actions. During the birthday celebration, Lily spots a man she swears is Cane and runs up to him.

Jana is at Crimson Lights with Lucy when Chloe arrives. When she spots the ultrasound pictures, she scoops them up from Jana asking what she's doing. Jana quickly takes them from her and tells her to butt out. Chloe, determined to find out what Jana is up to, threatens to tell Billy and Victoria about what a loose-cannon she is, and how unsafe she is with both Delia and Lucy. After learning that Daniel had Daisy and how she escaped, Jana wants to be the one to find her and the baby as a way to get closer to Kevin; while Chloe wants to do the same thing for different reasons. She leaves and makes a telephone call to the one person she thinks could help her: Angelo.

In Thailand, Adam and Phyllis buy their way into an illegal gambling venue. When they arrive, they await to see if Koa will show up; and he does. Adam realizes that they have to come up with another scheme before Koa recognizes him. Quick as a flash, Phyllis leaves and dons her little red seduction dress. With loaded dice in hand, Phyllis re-enters the gambling room and stands right next to an unsuspecting Koa.

At the courthouse, Vance asks Sharon if her mother is coming to lend moral support. A crushed Sharon tells him that nobody is coming to give their support to her. She looks around and sees those on the jury glaring at her. Vance starts off by questioning some of the jury members to see what their perceptions are regarding Sharon based on what they have either read or what they have heard regarding her. After asking his questions of them, he takes a minute to tell Sharon how he's targeting those on the jury that she can get the most sympathy from.

Michael and Lauren argue about Daniel's logic in letting Daisy go. Lauren points out that if Michael were in his shoes, he'd do the same thing in order to find Fen if he were missing. It suddenly dawns on Michael that Daniel deliberately let Daisy get away because he doesn't want the baby found to begin with. When Lauren starts to put two and two together she soon becomes upset by Daniel's actions. Both vow that they will handle Daisy once and for all when they find her.

Olivia tells the rest of the family that she believes that Lily is fall apart at the seams and believes that she needs to seek professional help. Lily walks in on the conversation and becomes reasonably upset. Alone, Olivia apologizes to her, while back at the table, Neil advises that everyone be there for her as much as possible. When Lily forgets her purse in the ladies room, Olivia and Neil go with her as she gets it. When she comes out, she once again believes she sees Cane entering the elevator.