Home / News / List of Returns to ‘All My Children’ Grows. Who is Next? 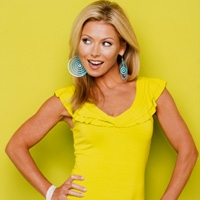 (SoapOperaNetwork.com) –– On Friday, July 1, “All My Children” confirmed that Leven Rambin has officially joined the growing list of actors returning to the soap before it goes off the air. Rambin played Jackson Montgomery’s (Walt Willey) step-daughter Lily Montgomery from June 2004 to June 2008 and her paternal and identical half-sister Ava Benton from March 2007 to February 2008. An air-date or air-dates for the actress slated to star on the anticipated book-to-film adaptation of the “Hunger Games” is not available at this time.

Rambin joins an already enormous – and still growing – list of actors set to return for the “All My Children” Goodbye Tour. The following is a master list to help viewers keep up:

There will very likely be even more returns before all is said and done on the last day of filming on September 2. At this time the only official word SON has on the returns of David Canary and Julia Barr is there is nothing to report … yet. Canary and Barr spent decades on the 41-year old daytime drama playing, respectively, the premier bad-boy patriarch Adam Chandler and the love of his life and force to be reckoned with in her own right Brooke English. On the popular syndicated morning show “Live with Regis and Kelly,” Kelly Ripa has acknowledged that she has been contacted about returning briefly as Adam’s daughter, Hayley Santos. No final agreement has been reached at this point due to the East coast based Ripa’s busy schedule. La Rue in a recent interview appeared to let slip that Ripa’s husband Mark Consuelos would be back as Maria’s brother, Mateo. There has been no confirmation from either the actor or the show. Rising film-star, Shannon Kane reports that she expects to return as Jesse’s daughter, Natalia, before all is said and done. Ray MacDonnell and Lee Meriwether are also sure to be seen at least once more on “All My Children” as Dr. Joe and Ruth Martin.