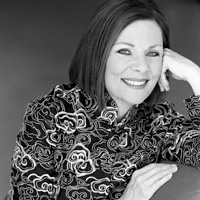 Egged by Asher, Tracy needles Michael’s seeming lack of commitment to ELQ. Edward remains convinced in Michael’s potential and we realize Asher has another agenda!

As Sam tells Spinelli there are no marriage plans, Jason asks Maxie for help in organizing the best proposal.

Ethan continues to exaggerate his interest in Abby, but Kristina does not buy it.